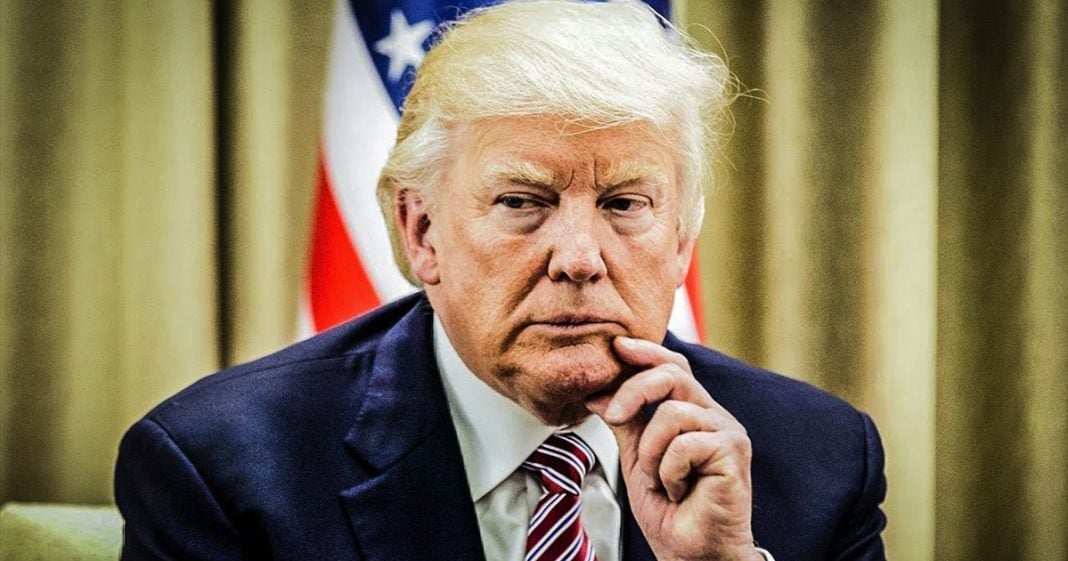 After a string of disastrous press conferences – and an overall tanking of his presidency – Fox News host Shepard Smith admitted Wednesday that his team of producers were unable to find a single Republican willing to come on the air and defend Donald Trump’s disaster of a week. When Fox News can’t find a pro-Trump Republican, you know things are getting bad in Trumpland. Ring of Fire’s Farron Cousins discusses this.

Shepard Smith: Our booking team, and they’re good, reached out to Republicans of all stripes across the country today. Let’s be honest. Republicans often don’t really mind coming on Fox News Channel. We couldn’t get anyone to come and defend him here because we thought in balance someone should do that. We worked very hard at it throughout the day, and we were unsuccessful. Of those who are condemning the President’s condemnable actions, we’ve not heard any prominent leaders, former presidents, members of the House or the Senate, use his name while speaking in generalities.

The network that has built itself up as being a mouthpiece for the Republican Party, a mouthpiece for Republican think tanks, a cheerleading squad for any Republican president no matter how horrible they are can no longer find anyone willing to come on that network and defend the disgusting things that the President has said in the last week. That is one of the most telling and most brutally honest segments we have ever seen come out of Fox News, and not surprisingly, it came from Shepard Smith. Now I’m sure there’s probably plenty of Republicans out there who are willing to come on and defend Donald Trump because Sean Hannity has them on all the time.

Their names are Eric Trump and Donald Trump Jr. Kind of begs the question as to why Shepard Smith didn’t invite those children on his program to spew their lies and talking points that they literally get directly from their father. Maybe Shepard Smith didn’t want to dig that deep into the hole. Maybe his producers aren’t friends with Hannity’s producers, and they won’t share contact information, or this is a long shot, but maybe even Trump’s kids couldn’t defend the horrible things that he said. Now I don’t believe that’s the case whatsoever, especially seeing as how Marlee Matlin went after the President earlier this week and then in succession, Trump and all of his children unfollowed her on Twitter immediately.

It’s as if Donald Trump called them and said, “Hey, you better go on there and unfollow Matlin.” Regardless, the fact that Donald Trump is unable to get Republicans to come out and defend him on Fox News, the friendliest of networks, speaks volumes as to what’s happening to his presidency because if he’s losing support from members of Congress, that’s one thing. Losing support amongst the American public, that’s another. Losing support amongst those die-hard Republican cheerleaders that Fox News parades on every single day, that’s big trouble for the President.