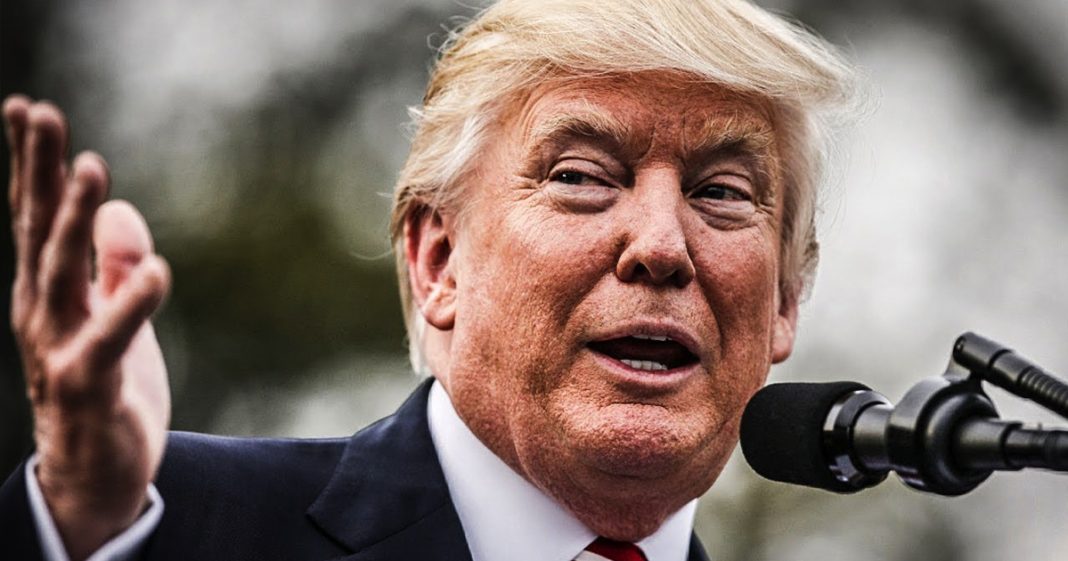 According to a new Monmouth poll, close to 25% of the American public says that there is absolutely nothing that Donald Trump could do to make them stop supporting him. That number might be only a quarter of the population (and other polls show that number much lower) but it shows us how dangerously delusional millions of Americans truly are, and it helps explain why Donald Trump is so dangerous. Ring of Fire’s Farron Cousins discusses this.

Donald Trump’s overall approval rating is hovering somewhere in the mid to high 30s, possibly by the end of this week could be down into the low 30s, but it begs the question what on earth are people actually seeing from the President that they like? It turns out it’s not necessarily that they’re seeing things that they like come out of Donald Trump, or he’s not doing things that they don’t like, it’s that no matter what he does, they’ve made the decision they’re going to continuously support him.

According to a new Huffington Post YouGov poll, 14% of the American public says that there is absolutely nothing that Donald Trump could do that would make them stop support him. There is nothing that he could fail to do that would make them stop supporting him. For example, if he doesn’t repeal and replace the Affordable Care Act, they’re still going to blindly support him.

But that’s not the worst poll of all. According to a Monmouth University poll, 25% of the American public holds that same view. No matter what happens, no matter what he does, no matter he says, they will continue to support the President essentially forever. 25%, a quarter of the American public say that there is nothing that this Nazi sympathizer can do that would make them stop supporting him.

Now, I know there are pockets of areas where Donald Trump support is waning. A lot of people who voted for him now come out and say, “You know what? I made a mistake. I shouldn’t have done that. I do not like Donald Trump anymore.” But when you’re talking about a quarter of the population refuses to accept reality and will continue to support this man no matter what according to them. I mean, does that include if he just decide to drop an atomic bomb on L.A.? If he started a nuclear war with Russia, who started sending nukes over here and just bombing us, they’d still support him? If he came out and said, “I fully endorse the events that took place in Virginia this past weekend,” would they still support him?

According to them, there’s nothing he could do to break that support, which also means there is nothing we can do to reach these people. And I hate to just write off an entire quarter of a population, but if they say that there’s nothing he can do to lose their support, then there is no reason in trying to reach out to these people and talk to them rationally because they are thinking irrationally. You cannot correct that kind of behavior in a single conversation. That’s the kind of behavior that actually requires therapy in order to be fixed.

These people want to be ruled. They want to be governed by an authoritarian dictator because they believe that rules and authority equals order and freedom. And that’s not how it works.

25% of the public will never give up on Donald Trump so it’s up to the remaining 75% of this country to move the country forward by removing Donald Trump from office.