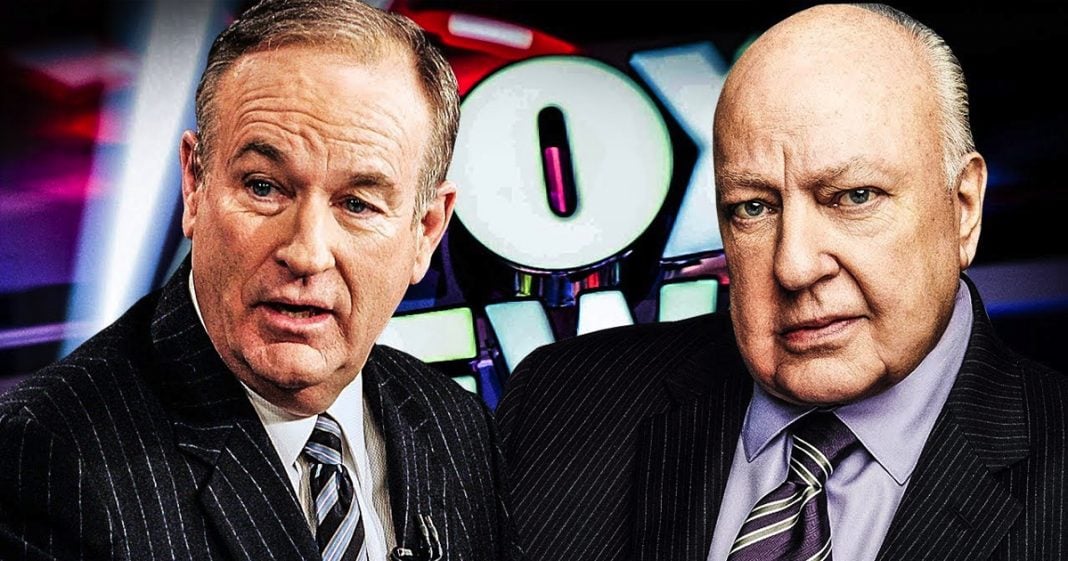 According to the latest round of financial filings, Fox News has had to pay out $50 million in the last 12 months to settle sexual harassment claims. The shareholders of News Corp. are not very happy about losing their profits because Fox hosts can’t control themselves, and this public news could have serious ramifications for Fox hosts. Ring of Fire’s Farron Cousins discusses this.

It may be time to check with your Financial Planner, Financial Advisor, the person who runs your 401K or IRA, and find out if they’ve invested any of your money into News Corp. Because if they have, you may wanna go ahead and pull it out as quickly as possible. According to financial disclosures that were filed this past Monday, for the fiscal year that just ended, Fox News had to pay out 50 million dollars to settle sexual harassment lawsuits. That’s 50 million dollars in a 12 month span, because they can’t hire people, or they can’t control their hosts enough to get them to stop sexual harassing and objectifying women at the network. How disgusting is that? 50 million dollars. Bill O’Reilly lost his job over it. Sean Hannity probably should lose his job, but if he’s not sexual harassing anybody, I guess they’re gonna just let it slide. Eric Bolling, also in hot water now. Of course, he’s threatening to now sue people that are saying that.

But, the point is, Fox News, for too long, fostered this kind of culture where it was okay to degrade women. It was okay to make unwanted advances to them. It was okay to treat them as subhuman beings that were there only for your amusement and your pleasure. That is what Fox News cultivated. And that is what they allowed to grow. Almost like a cancer growing from within Fox News. It was left untreated and it grew, and grew, and grew.

And while it’s a great thing that Fox News is actually paying the victims of this, looking at it from a purely financial perspective, this company is finding itself in a very unpleasant situation due to the fact that its own shareholders now are super pissed because that’s 50 million dollars that actually would’ve gone into their pockets. And instead, it had to go to make up for the fact that Fox News can’t stop hiring misogynist, disgusting human beings to come on the air and spew lies every day. Is it that hard to find somebody who’s willing to lie, but not sexually harass women? I’m sure you could probably find some people to fill the spots of these jackasses. But instead, you wanna continue going with this culture that you’ve created, where women are not equal. Women are toys, women are objects. And you’ll just keep paying out all the money you can because it doesn’t effect you.

Well, once the shareholders start revolting, once they start demanding change. Once those people, who are seeing that their financial incomes are lessening because your Fox host can’t control themselves, then you’re gonna start seeing some real problems as people, mostly the financial investors, the wealthy folks who pull the strings, start pulling out. Leaving Fox News with nobody to pay the bills. And then, hopefully, nobody to go on the air.