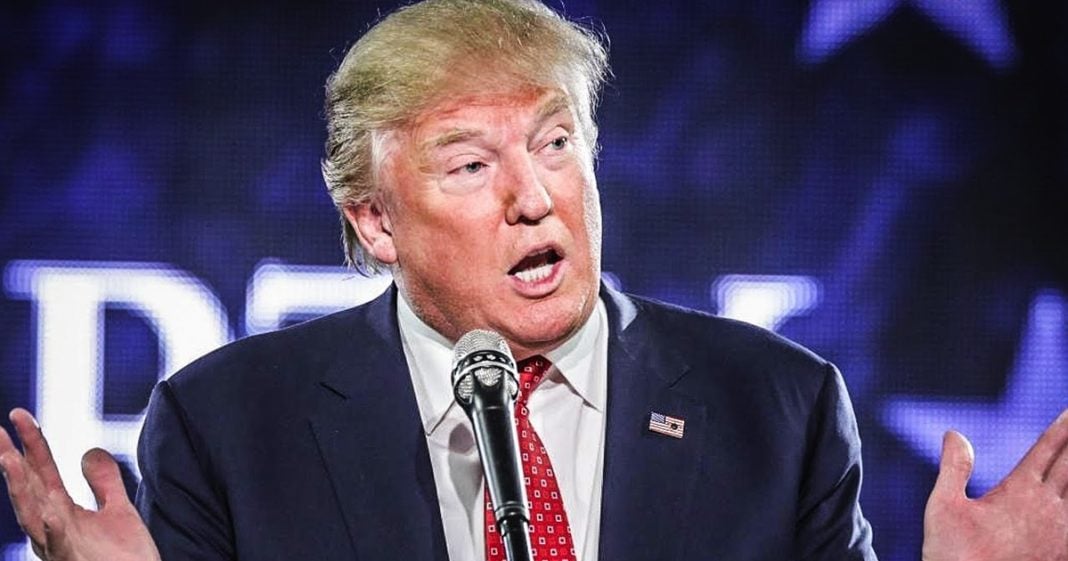 In a clear violation of Constitutional rights and basic decency, the U.S. Department of Justice is asking web hosting companies to turn over data about users who visit anti-Donald Trump websites. There is no clear-cut definition of “Anti-Trump websites,” so this could mean anything from news sites to blogs to message boards. Ring of Fire’s Farron Cousins discusses this.

Have you been to an anti-Donald Trump website recently? Have you been to a maybe progressive, or liberal, or even Democratic website that said something bad about Donald Trump, or actually not even said something bad, but reported the truth about Donald Trump? Well, if so, then I have good news for you. The US Department of Justice wants to get to know you, but not in the way that you probably want them to. According to a blog post by the web hosting company DreamHost, they have been involved in a legal battle with the US Department of Justice for several months as the US Department of Justice is trying to gain information, access to information, to people who visit what they call quote “anti-Trump websites.” This is a disgusting abuse of power and is 100% unconstitutional.

The Department of Justice, led by AG Jeff Sessions, wants to get your personal data just because you may not like Donald Trump or you got curious and clicked on a website. You didn’t do anything wrong. You were trying to gain knowledge, but in this country today, under Donald Trump and Jeff Sessions, knowledge is bad. The truth is bad. You know, it’s only a matter of time before they enact the 1984 thought police, coming out to gather information or haul us away if we even say anything bad about Donald Trump. Folks, I know there’s a lot of conspiracy theories going on, both from the right and the left to an extent today in politics, this is one of those things that everybody needs to be talking about. This is not a conspiracy theory. There’s an ongoing legal battle. There are court documents to back this up.

This is truly disgusting behavior and it all flows from the top, which is Donald Trump. His ego is so fragile. His administration is so weak that they want to find out who doesn’t like them. They want to target these people. What are they going to do with this information? We don’t know, but I assure you it’s not so that they can send you a birthday card, or maybe a Christmas present. It’s because they want to keep tabs on American citizens who may not agree with Donald Trump. That is not what this country is all about, and it also goes back to the fact that these surveillance programs, this unmasking of data, began under George W. Bush, was continued under Barack Obama, who could have and should have shut it down, but because he didn’t, Donald Trump and Department of Justice, Jeff Sessions, they now have these tools.

They now have 17 years of precedent behind them to obtain the information that they want. The folks at DreamHost can fight this all they want, but you’re going in court systems that have been packed by Republican hacks. Many of the people sitting on those benches were appointed by George W. Bush. Donald Trump has done a hell of a job putting people on the courts without any public scrutiny whatsoever because the media won’t talk about that, and ultimately those are going to be the people deciding whether or not these web hosting companies have to turn over your personal, private data just because you visited an anti-Donald Trump website.