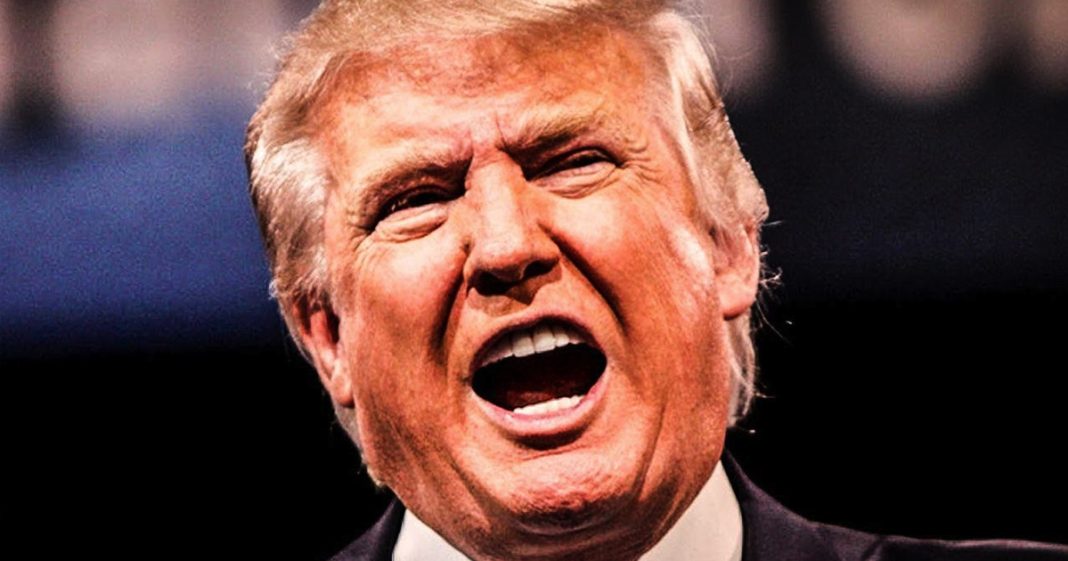 On Monday, Donald Trump finally came out and denounced the dangerous right wing racists that descended upon Charlottesville, Virginia this past weekend, three whole days after the first rally began. And now he’s upset that the media is still calling him out for his delayed response. Maybe you should have thought about that before you tried to protect your base from harsh language. Ring of Fire’s Farron Cousins discusses this.

On Monday, almost three full days after the real race riots began in Charlottesville, Virginia, Donald Trump finally decided to come out and denounce white nationalism, neo-nazis, and the KKK, saying that they’re bad guys, they’re thugs, and anyone who subscribes to that ideology is in general a bad person. While all of that is true, it took him, again, almost three full days before these first unite the right, as they were called, riots began in Charlottesville. And so, obviously, the media was asking why, “Why did it take you Mr. President, three days to come out publicly and denounce these hateful groups of human beings here in the United States?” Donald Trump’s response was that “the fake news media will never be satisfied with anything I do. Poor pitiful me, everybody’s so mean to poor little Donald Trump because I refuse to come out immediately and denounce racism and hate in the United States.”

Unfortunately, Donald Trump does not have the clarity of vision to understand that that’s why his response was not good enough for the media, or for the American public, or for the victims in Charlottesville. There was absolutely no reason for Donald Trump to not come out the day of these events and publicly denounce these groups. These groups that support him. There were plenty of people in that crowd wearing those make America great again hats, and Donald Trump could have come out and gone even further than his Monday comments and said, “Take that hat off because you don’t represent the people I want to govern for. You don’t represent the kind of person I want supporting me. If you do support me, please stop because I don’t want to be associated with people like you.” But he won’t. Again, as I said yesterday, those people are his base. And if he wonders why the media is not satisfied with this, part of the reason is because you helped to create this kind of atmosphere. You emboldened people like those that we saw in Charlotte. You emboldened the man who ran over a protester and killed her with his car. That’s all on you buddy. You’ve got to take responsibility for that because your campaign and your presidency has encouraged it. And I mean that quite literally.

You have encouraged your supporters to get a little violent. Rough them up. Smack the crap out of them. When it comes to dealing with protesters. You’ve said those things. So this is on you. You want to prove that you meant what you said on Monday, which we all know that you didn’t? Fire Steve Bannon. Fire Sebastian Gorka. Get the white nationalists out of the White House. But you won’t do it. In fact, the general consensus is that on Monday, when you read those prepared statements to the media, you look like a hostage having to read a letter written by your captors. It didn’t seem like something you wanted to do, it was something that you were being forced to do. And I have no doubt that Kelly, your new Chief of Staff, is the one who made you get out there and do this. Had it not been for him or for whoever was pulling the strings, you’d have been more than happy to just continue on your Twitter rampage against the black CEO who resigned from your manufacturing council.

Nobody believes that Donald Trump honestly believes what he said on Monday. And that is the problem. He won’t follow through, he won’t do anything about it, he just finally felt the need, or was pushed enough to go out there and tell the public what they wanted to hear so he could go off and finish his vacation.