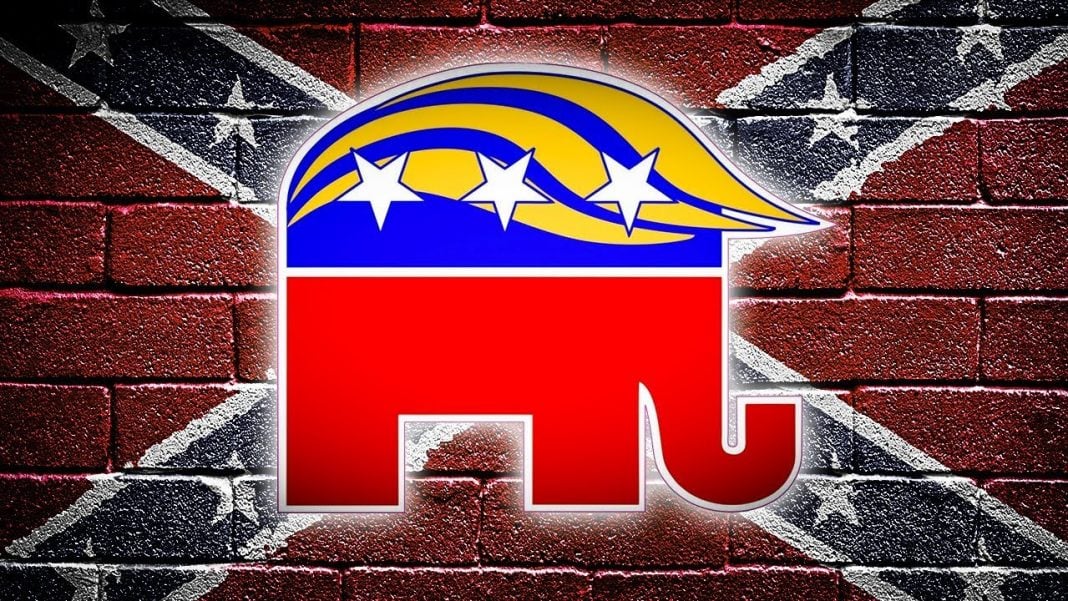 The recent murder of a protestor in Charlottesville at the hands of a right wing terrorist is not just a tragic incident – it is something that Republicans all over the country have been hoping for. Many states have proposed legislation – all of it Republican-sponsored – that would provide legal immunity for citizens who decide to get violent with protestors, including running them over with their cars. Republicans want this, even if they won’t say it out loud. Ring of Fire’s Farron Cousins discusses this.

As we’re still reeling as a country from the fact that a white nationalist neo-Nazi type Trump supporter mowed down a woman and murdered her with his car the other day, there is an important thing to remember that’s actually happening in many states around this country, which is actually being put forth by Republican politicians, you see Republican politicians want to make incidents like what happened in Charlottesville where the woman was killed when she was struck by that car, they actually want to make that legal.

They’ve been working on this since at least March of this year, six different Republican controlled states have at least put forward legislation that would provide immunity to activist citizens who decide to mow down protestors with their car. North Carolina is a great example of one of these bills that has been put forward where it would be legal for a motorist to run over protestors if they’re standing in the streets. You don’t have to stop, you don’t have to go round. If they’re blocking the street, gun it and run it. Is what North Carolina is to say. Now they have admitted since the incident in Charlottesville that they have no intention of bringing this bill forward again but there are still five other states that are basically trying to make it okay for their citizenry to approach protestors and cause them physical harm.

One of the bills happens to be in North Dakota, a state that was super pissed or at least the Republicans in that state were about the protestors trying to prevent construction of the Dakota access pipeline. They wanted to make it legal for people to go and rough these protestors up and physically remove them violently if necessary because they didn’t want to stand in the way of industry. Florida is trying to pass similar laws. Protesting in the United States, which is a constitutional right, is under attack. Not just by people who say, “You can’t protest”. No, no, no. They’re not telling us that, but they are saying if you go out there and protest just be warned, we’ve given these psychos the go ahead to run you over, to beat you with a lead pipe, to shove you, throw you, kick you, punch you, beat you anyway they see necessary. Every one of these pieces of legislation is sponsored by Republicans

So they may act like they’re shocked and appalled at what happened in Charlottesville, but make no mistake, we have seen from the legislation that they have proposed that they have written, that this is the kind of thing that they want. They want to send a message to protestors, they want them gone. They will do whatever it takes to make that happen. So I don’t believe for one second when any Republican in this country goes out there and say, “Oh my God I can’t believe this happened, we have to do something.” Because behind closed doors, they’re working to make things like that, that murder, completely legal.