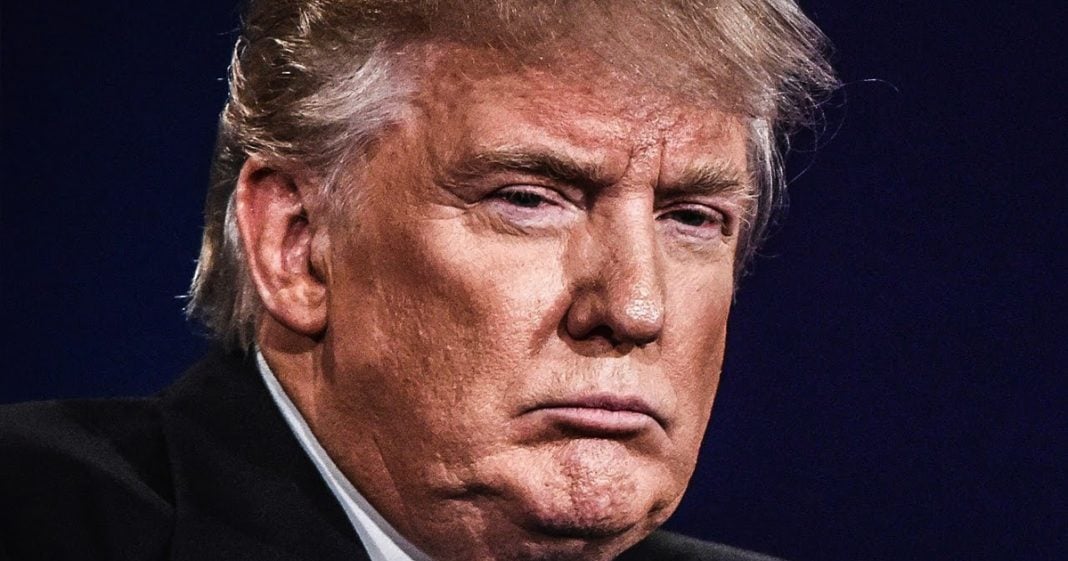 So far at least 3 major corporate CEOs have left Donald Trump’s American Manufacturing Council following his disastrous response to the Charlottesville violence and his half-assed condemnation of hate a few days later. CEOs from Merck, Under Armour, and Intel have now left the council, and more are expected to follow suit. If Trump, the great “negotiator”, loses the support of corporations, the Alt-Right will really be all that he has left. Ring of Fire’s Farron Cousins discusses this.

Donald Trump’s pathetic response to the violence and hatred in Charlottesville, Virginia has at least inspired a couple of good things to happen in the country. One of those good things is that so far three corporate CEOs have resigned, left, Donald Trump’s Manufacturing Council because they were so appalled by his response to these atrocities in Virginia. The CEOs include those from Merck, who was the African American man that Donald Trump spent most of Monday morning demonizing on Twitter, the CEO of Under Armour, and the CEO of Intel announced late Monday that they were also pulling out of Donald Trump’s Council of Manufacturers.

Here’s why this matters, Donald Trump prides himself on being the best business man that this world has ever seen, the best negotiator, and he knows the best people. Well, as it turns out all those best people are now abandoning you because they view you as a racist or at least as a sympathizer to these racist causes and these racist people in the United States. And don’t get me wrong, you know, Trump was right when he accused the CEO of Merck of price gouging American consumers, they absolutely do. And let’s not forget all the dead bodies that Merck has left in its wake from its products like Vioxx and how they worked with the FBI, excuse me, FDA to put Vioxx back on the market even though they knew it was killing people. So these people are not saints. I mean Under Armour is a huge rip off for American consumers.

But, they understand something that I don’t think Donald Trump does, and he’s seen this in his own businesses but he refuses to acknowledge it. They understand that being associated with someone or something that people hate because they represent hate is bad for business. They have seen the power of American consumers when they decide to take on advertisers or corporate sponsors. They know that it almost never ends well for the corporation and in recent years, it has never ended well for the corporation. It was advertising boycotts that got Bill O’Reilly fired from Fox News.

Merck, Under Armour, Intel they see this and they know it. They may or may not have a huge problem with what Donald Trump said, but that’s not the reason they left. They know that the public has a problem with what he said, and what he did, and how he feels, and who he surrounds himself with. They don’t want to be associated with it because they don’t want to take their brand down with them just so they can sit on this stupid little council that Donald Trump has created and that’s because they recognize the power of the American public.

You did this, so that’s something you need to be proud of and you need to understand. When the public bands together, we can make change in this country and these people abandoning Donald Trump’s Manufacturing Council are absolute proof of how terrified corporate CEOs are that American consumers will strick back at them.