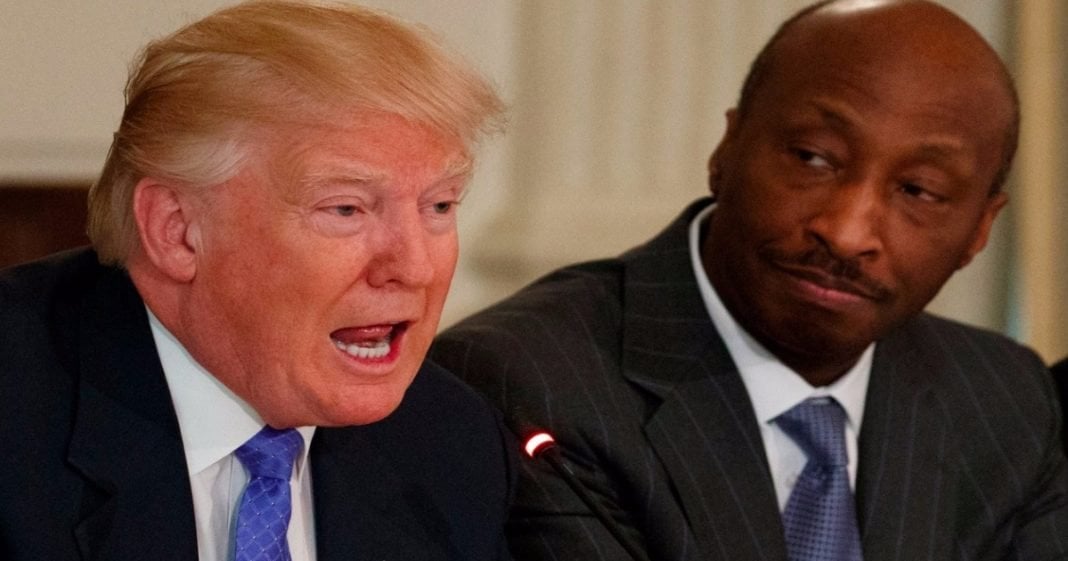 This week, a number of high-level CEO’s have quietly stepped down from President Trump’s advisory counsel after he failed to condemn white supremacy in the hours after the Charlottesville protests.

The mass exodus of fellow businessmen began on Monday with the resignation of Merck CEO Kenneth Frazier, followed shortly by the exit by Under Armor and Intel CEOs.

The businessmen were pushed to remove themselves from the President’s manufacturing council after President Trump largely remained silent in relation to the assembly, attack, and murder by white nationalists in Virginia. Rather than taking the easy – and right – path, President Trump blamed violence on “many sides.”

Frazier explained his exit from the counsel by saying that the President should be the first to “clearly [reject] expressions of hatred, bigotry and group supremacy.”

Though Trump had not yet offered his full condemnation of the Neo-Nazis (later on Monday he would offer a stronger statement against the group), Trump wasted no time in calling out and condemning Frazier.

Now that Ken Frazier of Merck Pharma has resigned from President’s Manufacturing Council,he will have more time to LOWER RIPOFF DRUG PRICES!

Though the other CEOs would shortly resign, Frazier was the only one Trump publicly criticized – notable because Frazier was also the only black CEO to resign.

The decision by these businessmen to remove themselves from a closer association with the President is striking, and signals that to many, President Trump’s previous label as a “businessman, not a politician,” likely means little in the face of his failing administration.