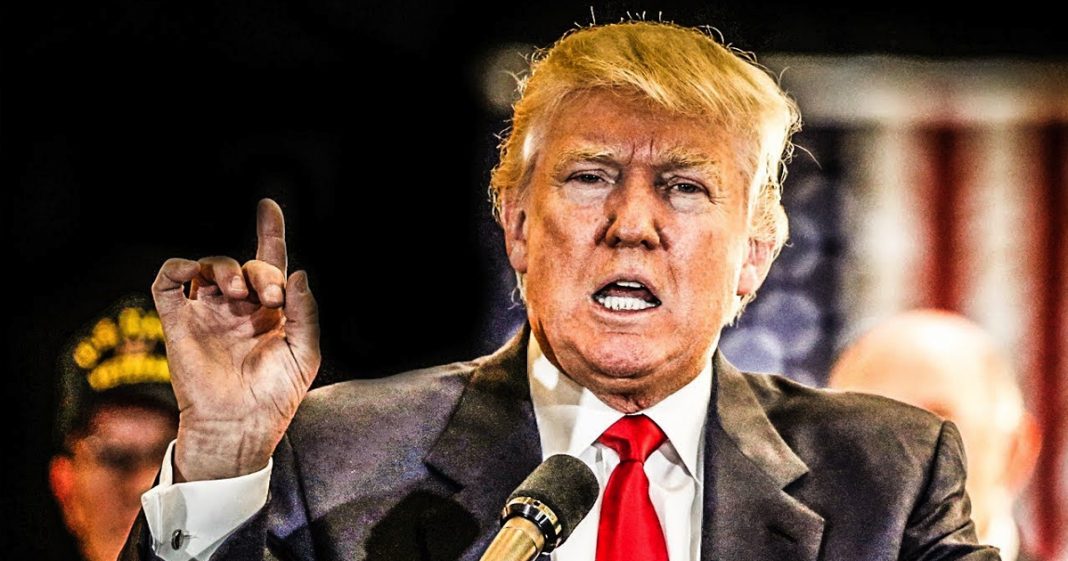 President Trump has been (rightfully) admonished for his horrible statements following the tragedy in Charlottesville this past weekend and his refusal to denounce violence by right wing Americans. But he’ll never do that, because those people are his base and he can’t afford to alienate them – or maybe he actually agrees with them? Ring of Fire’s Farron Cousins discusses this.

So far, sitting U.S. President Donald Trump is pretty much the only leader, really not just around this country, but around the world who has addressed the violence that took place in Charlottesville this past weekend without specifically condemning white nationalist, white supremacists, and neo-Nazi terrorism, the likes of which took place in Charlottesville. Trump is the only leader that has not denounced those groups. Even Theresa May in the UK came out and said that this kind of behavior is deplorable and that these specific organizations, these groups, these supremacists need to be shut down. Paul Ryan did the same. Hell, even Mike Pence and Anthony Scaramucci came out and said that, but not Donald Trump. No. His response was that it’s very, very sad, but more importantly, we all just need to come together.

Forget the fact that there are people out there who are expressing views that white people are somehow genetically superior, marching in their Polo shirts and khaki pants and TIKI torches threatening other human beings. Now it’s not the time to address that. Now it’s the time to come together, come together with these people who think that you are less than an animal, is what Donald Trump wants us to do.

Keep in mind it’s not like Donald Trump has some kind of aversion to talking bad about certain groups of people. This is a man who has called refugees animals. He’s called Mexicans rapists. He has attacked every possible group of people. Hell, he was on Twitter this morning calling out a black pharmaceutical CEO for leaving his manufacturing counsel. He spent all morning doing that but can’t say one word about white supremacism. But you know why? And honestly, this is not a shock whatsoever. Those of us who’ve paid attention fully expected this, but Donald Trump won’t say anything bad about these groups of people that committed these atrocities this weekend, because that is his base.

Those were Donald Trump’s supporters, those were Donald Trump voters, and those are the people that helped propel him to national office, and those are the same people that you see online defending the president at every turn, even when he does something incredibly stupid, insensitive, racist, or whatever. They have his back, no matter what. Not to mention the fact that we saw on Thursday he actually thanked Vladimir Putin for expelling U.S. diplomats from Russia, so do we really expect Donald Trump to stand up to anyone who helped put him in office like these white supremacists? This behavior was disgusting this weekend and should not be tolerated.

Anyone who attended that white supremacist, oh I’m sorry, it was called a Unite the Right rally, should be put in jail. The person who killed that woman with his car should never see the light of day again. We need real justice. We need real reform. We need people put in prison. Until we see that, until we really crackdown on this kind of behavior, it will only continue to spread, especially since we have a president sitting in the White House, or excuse me, actually sitting in New Jersey, because he’s too damn tired to actually go to the White House, who is actually on their side. His statement shows that. His campaign rallies show us that. His base shows us that. These people are what put Donald Trump in office, so we shouldn’t be surprised whatsoever that he won’t publicly come out and condemn white nationalism, because he knows damn well that that’s what he believes in and that’s what’s keeping him in power right now.