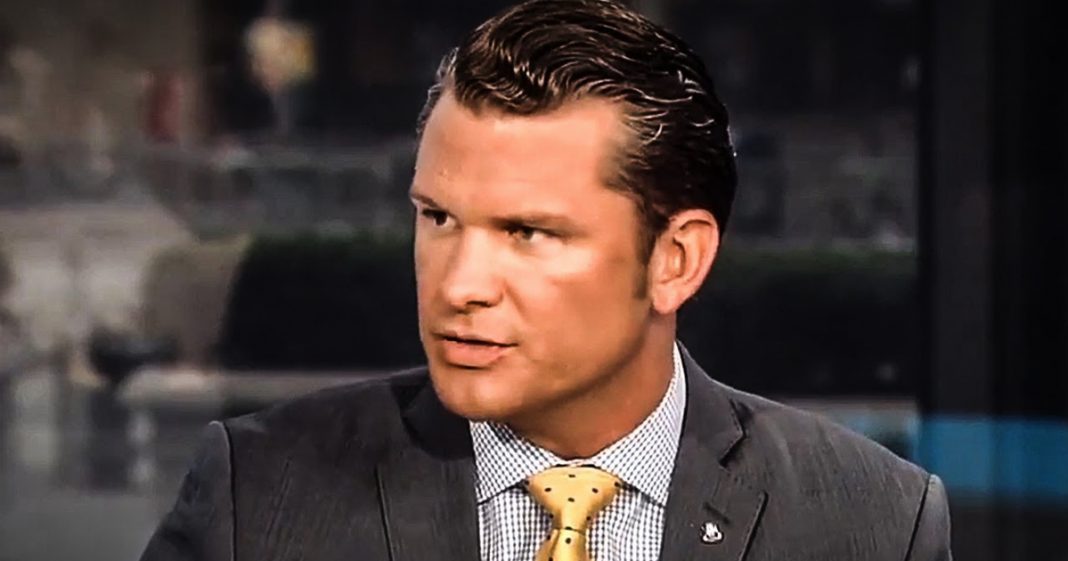 In the wake of the violence and bigotry on full display in Charlottesville, the folks at Fox News were quick to make the outrageous claim that the anti-fascist protestors present are the ones who are actually fascists. Either these people are completely delusional, or they don’t know what “fascism” actually is – most likely it is a combination of both. Ring of Fire’s Farron Cousins discusses this.

Following the violence in Charlottesville this weekend, carried out by white nationalists, Fox News decided to really get to the heart of the issue and find out what the real cause of all of this anger and hatred is. Take a look.

Pete Hegseth: There are plenty and plenty of double standards. The left, you’ve been … You’ve seen Ivy league colleges and others, there’s this emphasis on multiculturalism at any cost, right? It’s racial vulcanization. They divide us by groups and say you’re a black person or you’re a woman or you’re a transsexual, whatever it is, as opposed to saying we are all Americans. The ideal is a set of ideas and who you are as a race or a class is always secondary to being an American. I feel like that points gets missed and it certainly gets missed when people are carrying torches, especially if they’re making a case. Hey, nationalism means we have a country, not a series of people that happen to live together.

The fact that it’s collectivism versus individualism, and when you have anti-fascists calling themselves anti-fascists but they’re actually being fascist in trying to shut down speech, it’s an emblematic of the contradiction on this [inaudible].

Look, Fox News right now is really having a tough time coming to grips with the fact that their audience is out there killing people. Remember all the times on Fox News when they would get so pissy about the fact that President Obama allegedly never called those radical Islamists who committed terrorist acts terrorists? He did, by the way. So, why won’t Fox News come out and call these white supremacists terrorists? They killed someone. A human life was taken this weekend by white supremacists at a Unite the Right rally. Yeah. That’s right-wing supremacism, right-wing terrorism, right-wing violence. Whatever you want to call it, just announce it, Fox News.

But, instead, you’re trying to flip the script and say that somehow these anti-fascist protesters, they’re the ones that are actually somehow fascists. Do you not understand what that means? Do you not know what the tenants of fascism are? You should, because you’ve been pushing them for decades, and that’s what your organization is all about. People got killed and you’re blaming the people who got killed. You won’t talk bad about white supremacists. You won’t denounce the KKK, who was also present at parts of this rally in Charlottesville. You won’t do any of that.

Instead, the problem is colleges, multiculturalism, telling people that it’s okay to identify as your race if you’re black or Hispanic. That’s the problem in Fox News’ eye. Not the hatred and bigotry that they spew out of their network day after day, mobilizing that disgusting population of the United States who believes what they say. No, it’s college professors. It’s anti-fascists. It’s liberals. We’re always the problem at Fox News. We’re the ones destroying this country.

I think it’s about time we bring back the corporate death penalty and hand it over to News Corp. Yeah, that might mean we end up having to say goodbye to shows like The Simpsons or Family Guy, but at this point, to stop that news channel from poisoning the public discourse in the United States, I’m going to have to go ahead and say that that’s worth it.