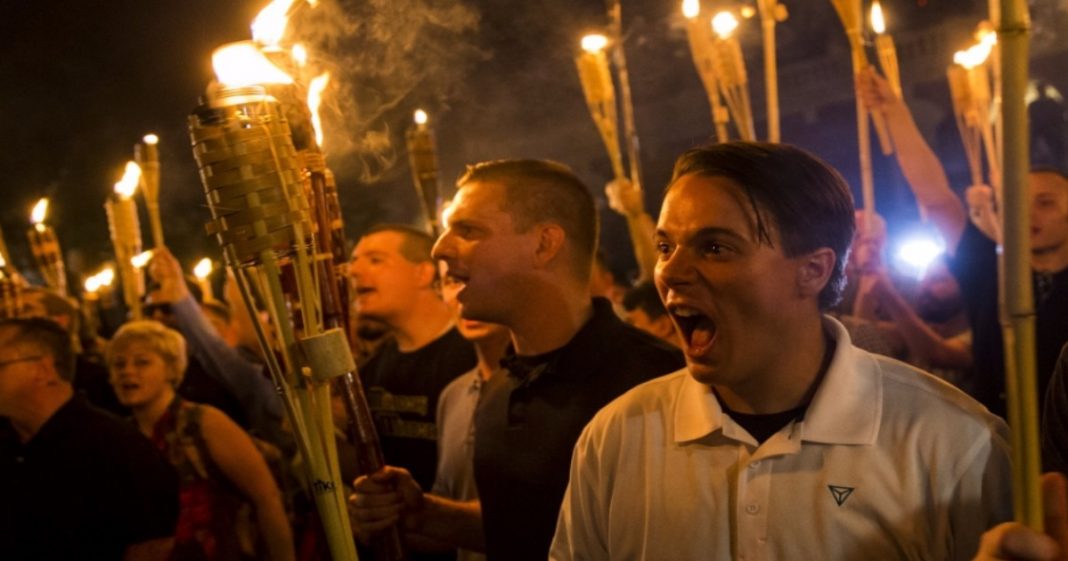 If there is any small silver lining in the weekend’s hateful, tragic event in Charlottesville, Virginia, it is that America can no longer pretend not to understand just how nefarious and dangerous the growing white supremacy movement has become in the era of Trump.

No longer can “sensible” Americans pretend not to see this daunting issue, nor can pundits focus on “economic anxiety” to explain an alt-right vote. Elected officials can no longer pretend as if the group of those who believe in racial division and dominance are nonexistant, and the President’s refusal to call out white supremacy by name is being called his biggest mistake yet – a high bar.

Until now, references to Trump as “little Hitler,” and concern about the racist beliefs of his followers was considered partisan hackery – no more.

In the hours after the massive gathering of alt-righters, neo-nazis, and white nationalists, folks from all over the political spectrum have come together to condemn the event as well as the hate spread by it. They have mourned the loss of life caused by one white supremacist, and at long last, actions by white males in America have been referred to by many as “terrorism.”

This weekend’s events signify a turning point in political discourse, and it could not come at a better time.

The most significant advantage these racist terrorists had was their ability to operate under the radar, holding smaller events and poisoning political discourse by appealing to those who felt they were losing their foothold as the dominant race in America.

Now, with the blood of an innocent liberal woman on their hands, they cannot pretend to be anything but what they are – violent, racist terrorists.