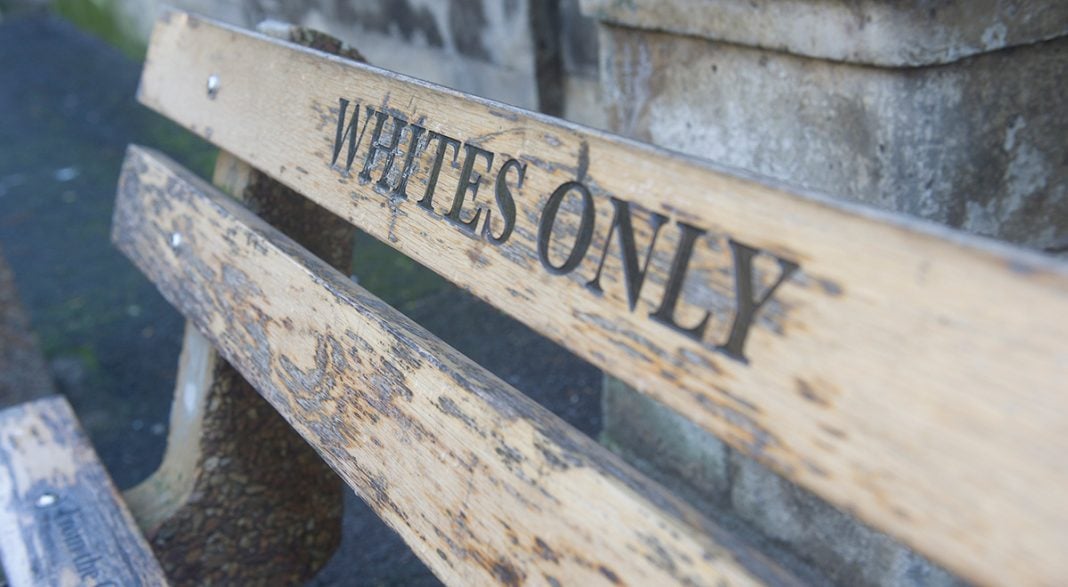 This past weekend, the country and much of the world looked upon the events that took place in Charlottesville, Virginia with horror and revulsion. It is the most recent manifestation of a rising tide of regressive racism that started coming out of the shadows and raising its ugly head when U.S. voters elected – then re-elected – its first African-American president. It continues to be legitimized by a demagogue in the White House who tacitly gives them his stamp of approval.

There has been much written and discussed about this vitriolic racism and where it comes from – and why it remains and seems to be getting stronger sixty years after the Civil Rights Movement. A chant heard from the group “Unite The Right” provides a clue: “We Won’t Be Replaced!”

What does that mean?

Like most irrational hatred, the sort of racism that has been on display in Charlottesville is rooted in fear and ignorance. For all their chest beating and ranting and physical displays of primate dominance, these people are deeply afraid. They are afraid that their “culture” is being pushed aside, that their values are being denigrated – and most significantly, that their worth to society is diminishing. They fear that “Others” – people who might have a dark skin, a different culture, a set of values incompatible with their own – are going to get their fair share. As a result, those like Unite the Right fear they will have to go without. They’ll have less power, less influence, less relevance and less wealth.

That last part is key, because that is exactly what the oligarchy now in control of this nation wants them to believe. It is all part of a classic “divide and conquer” strategy, consisting of propaganda and lies going back to the earliest days of the Euro-American system of slavery, centuries ago.

The early economic roots of racism were explored in a 1997 article, published in the William and Mary Quarterly. In that piece, Professor James H. Sweet of the University of Wisconsin noted that as early as the ninth century, Muslim Moors who ruled present-day Spain and Portugal at the time were already making distinctions between European slaves and those from sub-Saharan Africa. Those distinctions were based on their respective market values. A white slave (in Arabic, mamluk) was more valuable than a black slave (‘abd) because the former could be sold to a Christian for ransom, or exchanged for a Muslim captive. Sweet writes: “The white mamluk was viewed as an investment to protect, whereas the ‘abd’s value was based on his labor as an expendable means of production.”

Several other historians and scholars over the years have written about this aspect of racism as it played out in the Americas  – most notably, the late Howard Zinn in A People’s History of the United States. In Chapter 3, “Persons of Mean and Vile Condition,” Zinn notes that in the earliest days of North American settlement by the English, there was little in the way of real difference between a slave from Africa and an indentured servant from Ireland or a London slum. Zinn explains, “It was the potential combination of poor whites and blacks that caused the most fear among the wealthy white planters.” He also makes a very interesting observation about those days:

“If there had been the natural racist repugnance that some theorists have assumed, control would have been easier. But sexual attraction was powerful across racial lines…Mixed offspring continued to be produced throughout the colonial period, in spite of laws prohibiting interracial marriage.”

That is an indication of how freely African slaves socialized and interacted with white indentured servants, whose status and living conditions were, for all practical purposes, no better than their own. One of the major events that haunted and terrified the early aristocrats and plantation owners was Bacon’s Rebellion in 1676. This rebellion did not start out as a slave uprising. It was in fact sparked by colonial governor William Berkeley’s refusal to retaliate against local Indians after they attacked frontier settlements. However, those slaves and indentured servants saw an opportunity, joining forces against the Virginia colony’s ruling class. Zinn writes:

“The final surrender was by ‘four hundred English and Negroes in Armes’ at one garrison, and three hundred ‘freemen and African and English bond-servants’ in another garrison.”

One of the most significant things that happened in the wake of Bacon’s Rebellion was an act by the Virginia Assembly, giving amnesty to white servants who participated in the rebellion – but not to Africans. Over the next several decades, a series of laws were passed, giving poor whites and indentured servants more rights and privileges while at the same time, putting increasing restrictions on Africans. Essentially, racism was being institutionalized as a tool of control by the oligarchy. Late historian Edmund Morgan, writing about slavery in the Virginia colony, points out:

“If freemen with disappointed hopes should make common cause with slaves of desperate hope, the results might be worse than anything Bacon had done. The answer to the problem, obvious if unspoken and only gradually recognized, was racism, to separate dangerous free whites from dangerous black slaves by a screen of racial contempt” (emphasis added).

This system of institutionalized, “practical” racism was reinforced by providing a system of rewards and incentives to members of the small, but growing middle class – the “yeomanry,” consisting of small farmers, urban tradesmen and skilled workers. These incentives were designed to encourage them to protect the interests of the wealthy landowners, merchants and aristocrats, while serving as a “buffer” against blacks, Indians and poor whites.

It was a lesson that later industrialists learned well as immigrants from Eastern and Southern Europe started pouring into the U.S. during the late 19th and early 20th Century. It was standard practice in factories, mining operations and railroad camps to segregate the various groups and even encourage competition – lest they join together and begin demanding a bigger share of the wealth they worked to create for their capitalist overlords.

Today of course, we have the likes of Donald Trump, spouting rhetoric about “brown people” coming to “take our jobs,” while the right wing media continues to whip up hysteria about the so-called “war on Christianity” and “traditional values.” At the same time, the “dumbing down of America” continues unabated, helping to insure that ignorance continues to grow. And when that doesn’t work, there is always voter suppression, spreading the fear of people (mostly of color) who are voting “illegally.”

As in the 17th and 18th Centuries, today’s oligarchy fears nothing more than the idea that the blacks, whites, Hispanics, Asians and everyone else who makes up the 98% and are getting screwed by the capitalist system will unite against them. The ignorant and fearful racists who descended upon Charlottesville over the weekend, themselves part of that 98%, cannot understand that it has never been about black and white. It’s about green and gold and who controls it. They are being manipulated, playing right into a very old game – and oligarchs like Trump and his cronies are laughing all the way to the bank.