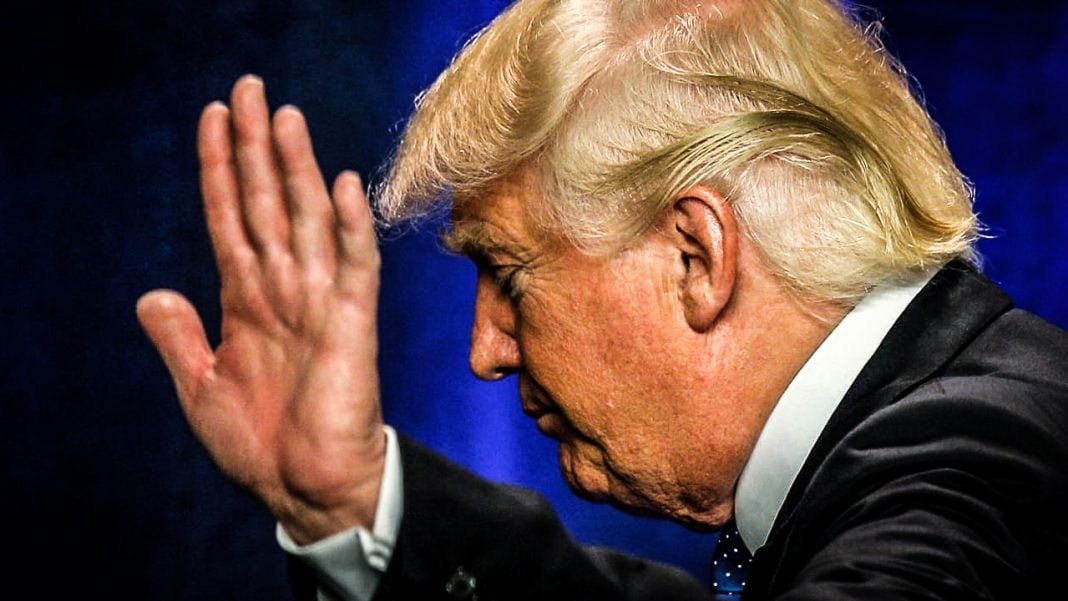 Republicans are bragging endlessly about the “fact” that Trump is creating jobs, the stock market is booming, and the overall economic health of the U.S. is better than ever. Unfortunately, none of that is true. Job creation is actually slowing compared to last year, most Americans see no benefit from stock market gains, and more and more Americans are having to work at least 2 jobs just to make ends meet. That’s not what a booming economy looks like. Ring of Fire’s Farron Cousins discusses this.

If you listen to Donald Trump saying anything positive about his administration or Republicans trying to defend Donald Trump and saying that he’s doing a good job, they will ultimately point to indicators like the allegedly booming economy. They say that, “Look, we’re creating jobs! The economy’s better.” Of course, they give Barack Obama no credit for more than 80 consecutive months of job growth in the United States. That wasn’t him. That was private industry. Even though we’re still currently operating under Barack Obama’s budget, which does not expire until September, Trump gets all the credit for the fact that companies are still creating jobs.

But here’s the thing. We are not creating as many jobs this year as we created last year. Things were better then. Job growth is technically slowing. While it is growing, it’s not growing at the same rate at which it was. Furthermore, because it’s still growing the unemployment rate, yes, is falling, and it’s approaching what economists call, “Near-full Employment.” That doesn’t mean everybody is doing better.

Another indicator that republicans like to point to is the fact that the stock market is absolutely booming, reaching record highs. As it turns out, the majority of Americans in this country have absolutely no stake in the stock market whatsoever, so more than half of this country sees no benefit from that at all. In fact, the only thing that stock market booming actually means is that corporations are expecting higher profits. That’s it. That’s all that means, folks.

Let’s go back to the employment issue, because there’s a very important statistic that came out this week that Republicans actually need to be aware of. When we talk about the fact that we’re creating jobs and more Americans are working, blah, blah, blah, we’re not talking about wages and we’re certainly not talking about the fact that according to new reports, 7.6 million Americans are having to work more than one job just to make ends meet. That is up 2% from what it was this time last year.

So, yeah, more people are working, but more people are also having to work more jobs because they can’t afford things like medical care or groceries or cars, appliances, things like that. The economy is not getting better for the majority of people in this country. If you’re in the top 1%, yeah, you’re probably seeing a hell of a great year in financial gains, but the rest of us are not. When you have more and more people having to work two jobs, sometimes even three jobs just to get by, then there is something wrong with your economy, there is something wrong with your economic system.

The Trump family, the Trump administration, and the Trump supporters, they don’t see that part. They just look at it as, “Wow, great! People aren’t being lazy!” I have news for you. People are not poor in the United States because they’re lazy. Yeah, I’m sure you can probably find a couple, okay? There’s always an exception that proves the rule. The majority of people out there, those working minimum wage jobs, still working 40 hours a week for minimum wage, not able to make ends meet, it’s not because they’re lazy. It’s because they’re being held down.

In fact, most of those Trump supporters fall into those categories, people having to work more than one job, people working minimum wage jobs, unable to afford their healthcare. Unable to afford to go make their car repairs that they need. Yet, they don’t see the reality in which they live.

The economy is not better, folks. If you’re rich, yeah, you’re doing great. You always have and you always will. But for the rest of this country, regardless of what Donald Trump says, the statistics prove things are actually getting worse for us.