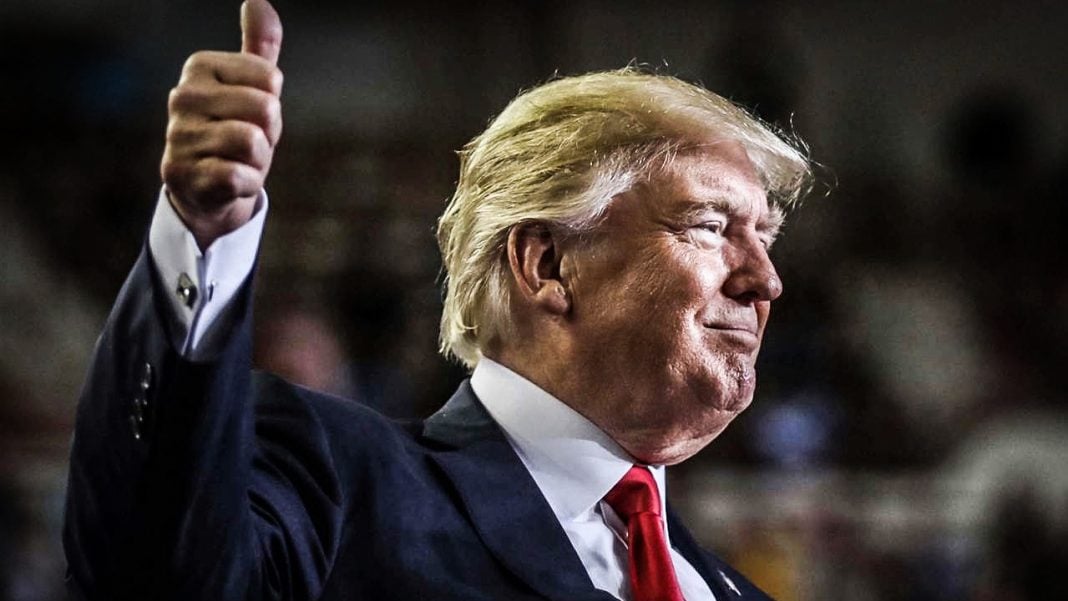 Donald Trump wants to limit LEGAL immigration by as much as 50% in the next 10 years. While that may play well with his base, it won’t play out very well for the economy – or at least that’s the warning that bankers and economists are giving. When population growth slows, so does economic growth, and Trump’s policies will severely hinder both. Ring of Fire’s Farron Cousins discusses this.

Donald Trump recently announced his new immigration plan that’s going to limit legal immigration to the United States by as much as 50% in the next 10 years, meaning within a decade the people who are coming over to this country legally will be decreased by about 50% if the president and the Republicans get their way on this. I know that this plays very well with the Republican base because they hate every non-white person in the world. They think that those people are coming over and taking their jobs. They think that everything that’s wrong with their lives is because of immigrants or otherwise non-white people, but a new warning is coming out. This time, it’s coming from economists and banking leaders. Those financial experts are warning us that if Donald Trump goes through with his immigration plan and we reduce the number of people coming into this country, you can expect a massive economic crash in the next few years.

Bankers explained it this way. Population growth is tied directly to economic growth. Considering economic growth in the United States has been stuck at about 2% for the last few years, they’re warning us that it’s going to fall well below 2% if we stop reducing the number of people who come into this country legally again. This is all about legal immigration, who come in, work jobs, pay taxes, buy products, consume, engage in our capitalistic society. All of that generates revenue, not just for the federal government, but for communities, and if we take those people out of the equation, suddenly those revenue streams drop. That is why immigration is directly tied to GDP growth.

But Republicans don’t understand basic economics. They’ve proven that time and time again by trying to force trickle-down on us. They don’t understand that having more people working jobs means that they’re going to have more tax revenue and people will have more money to spend on goods and services and so on and so forth. They don’t understand that. All they understand are talking points, that people are coming across the Mexican border and taking your jobs. If they’re not taking your jobs, then they’re trying to, as Donald Trump says, just slice and dice you. That’s where we’re at as a country. There’s no rationale behind it.

In fact, studies dating all the way back to the 1960s have shown that when we reduce immigration, both legal and illegal, the jobs that were taken by those immigrants are not instead given to white people. They’re eliminated through automation. We’re not getting these jobs back, folks. All we’re going to do is lose economic revenue because you let your hatred and your bigotry dominate your political beliefs. We should be welcoming people into this country, people who want to work jobs, people who want to pay taxes, people who want to buy goods and services from other companies. That’s what our economic system is entirely based on, but Donald Trump doesn’t necessarily understand that. All he knows is that when he tells his base supporters in the alt-right that you need to be afraid of any people whose skin is not white, that’s going to increase his poll numbers, and that is the only thing that that man cares about.