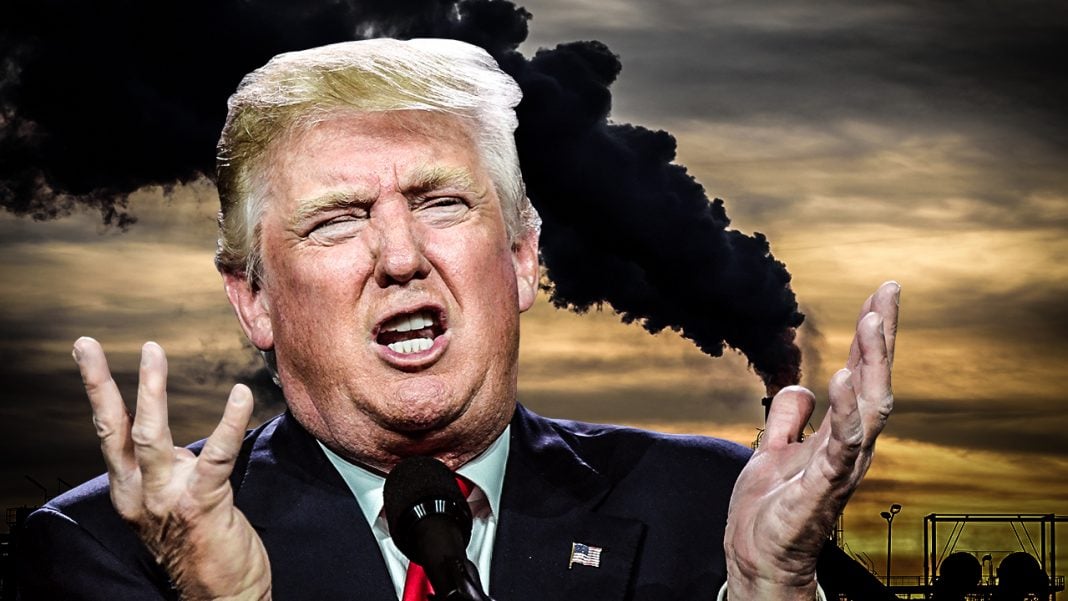 The federal government has completed an analysis of the effects, and causes, of climate change. The scientists within the federal government who were part of the report were so afraid that Donald Trump would somehow suppress the information, so instead of waiting for him to make a move, they decided to leak it to the public instead. It is a sad day in the United States when we have to fear that science will be censored by our president and his cabinet. Ring of Fire’s Farron Cousins discusses this.

We’ve known that since even before he launched his presidential campaign that Donald Trump is a guy who doesn’t really believe in science. He called climate change a hoax perpetrated by the Chinese and ever since he was inaugurated, he has taken a very hostile stance both towards science and towards scientists. Before he was actually sworn in, his administration transition team had sent out questionnaires to people within the Federal Government asking their views on climate change, asking if they’ve ever worked on a project regarding climate change. Then shortly after being inaugurated, he began to purge the term climate change from official government websites and staff that the White House has been instructed to instead of using the word climate change, you got to say extreme weather events.

Having said all of that, this week, a new report came out from the Federal Government itself, a mandated climate change assessment report that’s supposed to come out every four years, 545-page report that actually disproves everything that Donald Trump and his administration has said about climate change. In fact, this report says that all of the adverse weather events and the increases in temperature since the 1950’s, at least 50% of that is directly related to human activity. The report even says if we were to immediately stop all greenhouse gas emissions in this country, like right now suddenly no more emissions at all, at best, we’re still looking at a permanent half degree Fahrenheit increase in average global temperatures.

Now, this report obviously pretty bad for the administration, but here’s where things get a little interesting. This report was actually not scheduled to be released this week. It was released because scientists working at the government, scientists from 13 different governmental agencies leaked the report to the press because they were afraid that Donald Trump and his administration would somehow try to suppress it and keep the public from knowing the truth and keep the public from understanding what the Federal Government actually believes about climate change regardless of what Donald Trump says.

So they leaked the report to The Guardian Paper in the United Kingdom and now the report has made its rounds all through US media, those brave enough to actually talk about climate change and so people do have access to it before Donald Trump and his administration attempt to destroy it, delete it, edit it or otherwise suppress it which is what the scientists were concerned about in the first place. How sad is it that as a country’s scientists, people who devoted their lives, their education to studying the way the world works and explaining how the world works, how weather works, how climate works, how whatever it is works, they now have to live in fear that our administration, our government, our president will try to sensor what they do?

That is the hallmark of an authoritarian fascist regime, the suppression of science and the demonizing of academics and we have seen that since day one of the Trump administration. This is no longer a republic or a democracy or whatever you want to call it, we have moved into authoritarianism, authoritarian fascism at this point but these scientists are trying to do their part, do their due diligence by leaking this report. We’ll wait and see how Donald Trump responds to this. I’m sure he’s not going to take it too well and there’ll probably be some firings for this. But at the end of the day, at least these scientists can sleep easy knowing that they did their job and they did what they had to do to get this information into the hands of the American public before Donald Trump could destroy it.