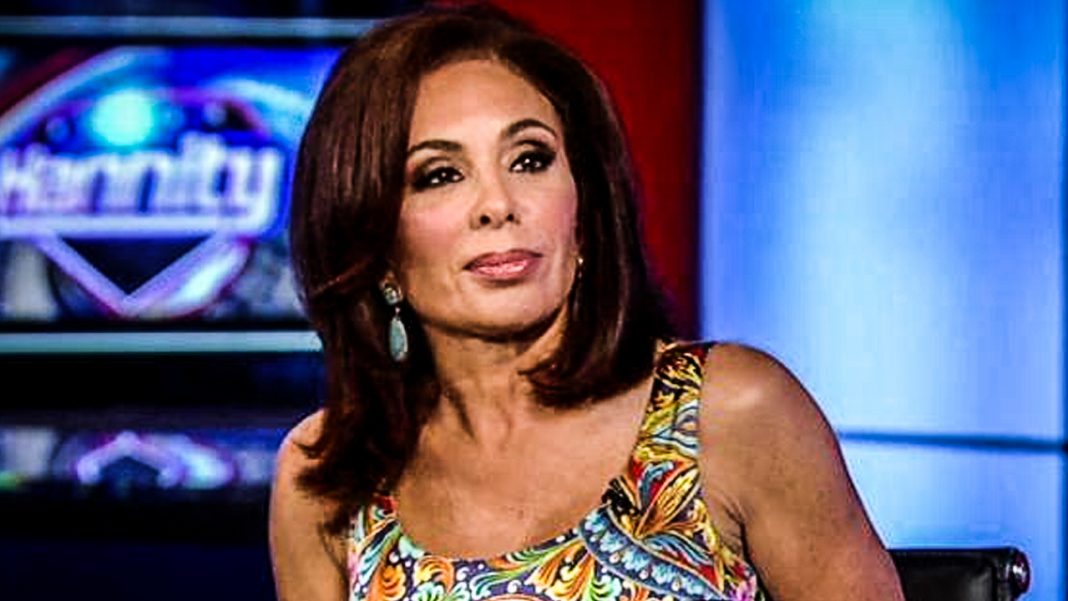 During an appearance on Fox & Friends last Friday morning, Fox host Jeanine Pirro warned that if indictments are handed down against Trump or any member of his family, there could be an uprising from the American people. The only “uprising” that would actually take place would involve people giving a standing ovation to the special prosecutor. Ring of Fire’s Farron Cousins discusses this.

Now, she did not elaborate on that. So, unfortunately, all we can do is speculate. If she talking about the fact that if a member of the Trump administration or the Trump family is indicted, right-wing rednecks are going to take up munitions and come out and try to overthrow the government? Are the going to have an armed march on Washington, D.C., threatening people if we don’t take the indictments back? Are they going to start attacking people in the streets? Are they going to start riots? What does it mean they’re going to start an uprising, because we’re trying to hold criminals accountable? Because that’s what this is all about, folks. I know Republicans like to think of politics like they’re watching a sports game and just rooting for their team, whether or not they’re playing well. This isn’t like that. These are real world events with real life consequences.

If an indictment gets handed down against members of the Trump family or Trump administration, it’s because sufficient evidence existed to prove that they committed a crime. You may not like it, but an indictment is an indictment. That means there is enough evidence to move forward with criminal charges.

In the same segment, Pirro said that you can indict a ham sandwich. I spent 32 years as a prosecutor. This woman has no idea what she’s talking about. But that’s how you fit in at Fox. You come on there, pretend you’ve got a little bit of experience even though you probably never really did anything with your career, and so they bring you on as the expert. You’re the one who knows everything. You can indict a ham sandwich? How stupid are you? No, you can’t. Indictments are fairly hard to secure. But in this particular instance, her threat against Bob Mueller, that if you indict them there’s going to be uprising, if I were Mueller, I’d go ahead and lump Jeanine Pirro into those investigations, as well. Perhaps have the FBI look into that because if she is threatening an armed insurrection, by definition, that’s treason.