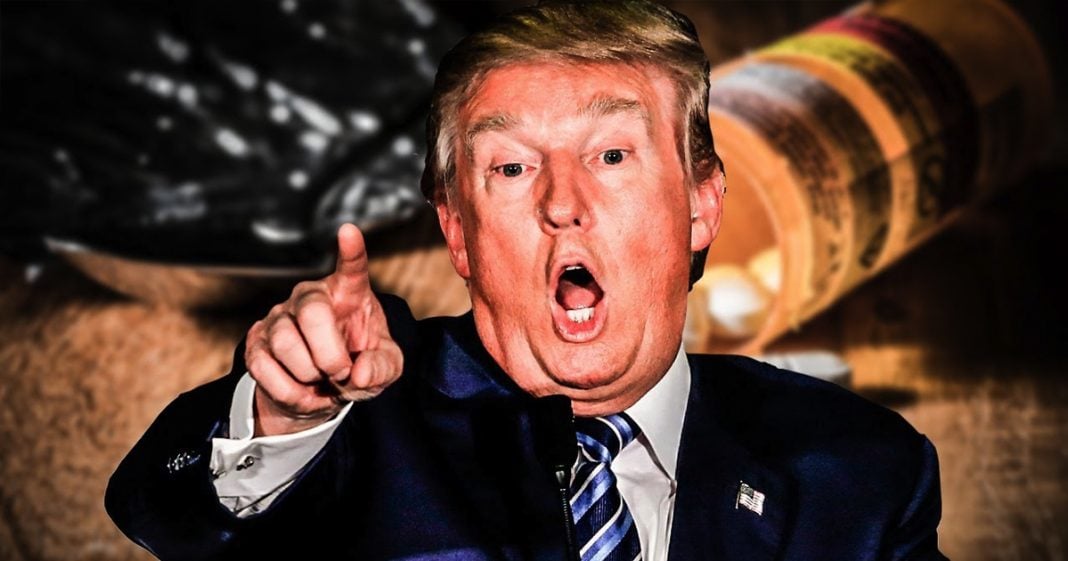 When it comes to solving some of the nation’s most complex issues, President Donald Trump truly thinks outside the box. It’s why he plans to handle North Korea’s aggression with “fire and fury,” and it’s why, on Wednesday, the POTUS said that in order to tackle the drug problems facing Americans, we should simply tell kids how bad drugs are. Trump made his comments during a pit stop on his two-week golfing spree at a New Jersey Golf Club. There, sitting next to Chris Christie and the rest of the opioid task force, Trump gave his sage advice. Ring of Fire’s Sydney Robinson discusses this.