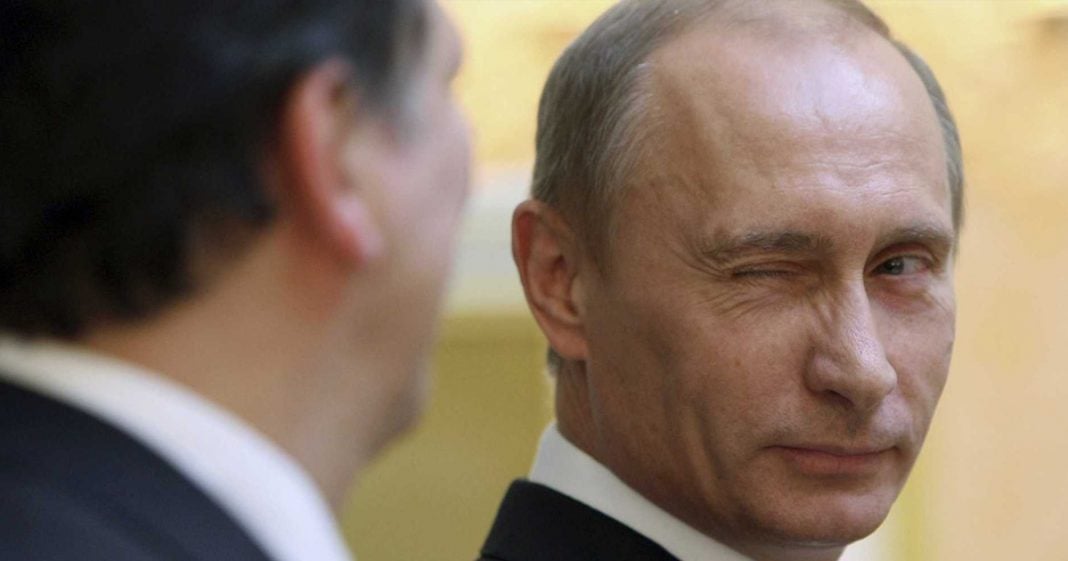 On Thursday, President Trump thanked Vladimir Putin for his decision to expel all American Diplomats from Russia, saying that doing so was a cost-saving benefit for the U.S. Government.

The President spoke with reporters on Thursday while on his two-week golf vacation. The POTUS addressed the decision by Putin which was made late last month.

Trump made the following statement regarding Putin’s decision:

“I want to thank him because we’re trying to cut down our payroll, and as far as I’m concerned I’m very thankful that he let go a large number of people because now we have a smaller payroll,” Trump said. “There’s no real reason for them to go back. I greatly appreciate the fact that we’ve been able to cut our payroll of the United States. We’re going to save a lot of money.”

Besides the fact that the President is thanking Putin for an openly hostile move against the U.S., the basis of Trump’s thankfulness – that it saves money – is completely without fact. The diplomats who were expelled from Russia were not fired by Putin (I mean, can you imagine if we allowed such a thing?). Instead, they remain state employees and since their expulsion, have been unable to complete their jobs.

So truly, Putin’s decision to boot all American diplomats from within his borders was not only openly hostile, but is now forcing the U.S. to pay state employees to do a job they are now unable to do.

Additionally, the diplomatic system currently in place across the globe is a vital part of both the U.S.’s and most other developed nations’ international relations. Without diplomats and other go-betweens in foreign nations, America is left vulnerable and with fewer allies.

As the saying goes, one should seek to keep their friends close and enemies closer. While Trump is happy to hold his buddy Putin at an arm’s length, those who see Russia as a continued threat (particularly after Putin’s conduct), see this as a further weakening of America’s power.