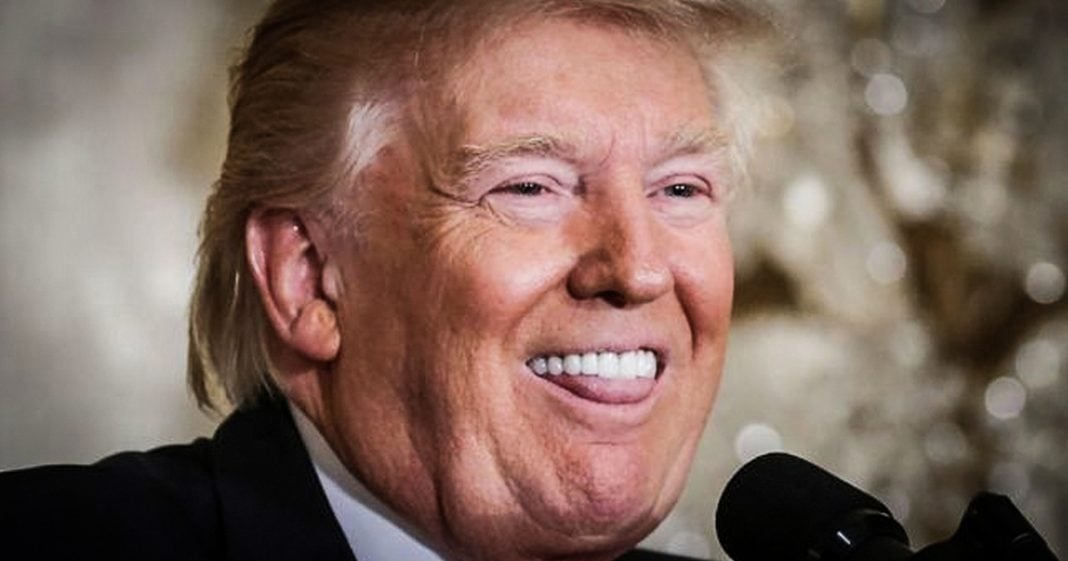 President Trump responded to ongoing outrage concerning his decision late last month to bar all trans Americans from serving in the military by saying he felt he had done the military a “great favor.”

Trump argued that the military was struggling a great deal with the decision to allow or bar trans recruits, and that by saying what he did, he made the entire process far simpler and easier for the military. That, he felt, deserved praise.

The President was parroting popular anti-P.C. rhetoric which assumes that attempts to speak correctly and not disparage minority groups is merely liberal red tape, and that by speaking bluntly, we are speaking honestly.

As a further slap in the face to trans Americans, Trump seemed not to realize that by referring to their equal rights as a “confusing issue” and a burden, he deserved to lose their favor. Instead, he claimed without evidence that he “got a lot of votes” from “that community.”

Trump’s announcement, made via Twitter, was roundly considered both inappropriately executed and wrongheaded. Key military officers and advisers said that the planned integration of openly trans service-members was the right way to go, and that Trump’s decision to insult and possible bar the 15,000 trans Americans currently serving in the military went against the principles of the armed forces.

Earlier this week, five active military members who are trans launched a lawsuit against the president, arguing that his decision was both unconstitutional and had already caused significant damage to the lives of those trans Americans already quietly serving.

It’s saddening to see that the same anti-P.C. rhetoric is being spewed in the highest office in the land; hamfisting your way into a complex issue and spewing a few simple words doesn’t make anything easier for anyone – and it deeply insults thousands who have dutifully served their country for years.