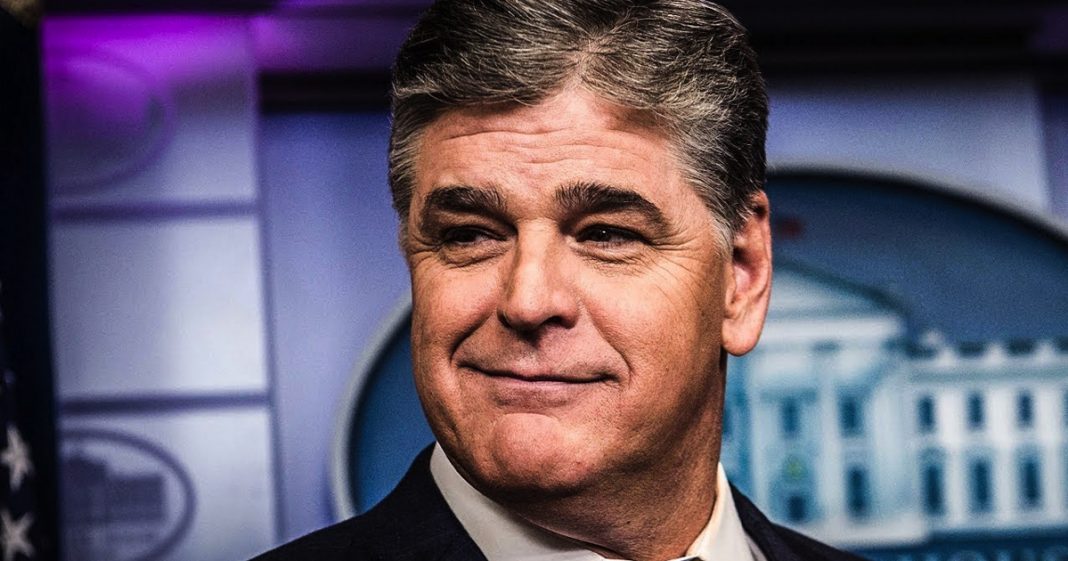 Fox News host Sean Hannity appeared to understand the gravity of the tensions brewing between the United States and North Korea, and because of this situation, promised his viewers (and the country) that he would go 12 hours without attacking any of his political opponents and allies. Less than 8 hours later, he was on Twitter attacking Republican Senate Majority Leader Mitch McConnell. Oh well. Ring of Fire’s Farron Cousins discusses this.

On Tuesday after the news broke about North Korea possibly having the technology to miniaturize a nuclear warhead, Sean Hannity decided that because of this situation, because of the threat that the United States was facing potentially, he announced that for the next 12 hours he was going to go without any petty political arguments with anyone. He was basically just going to shut his mouth for 12 hours while people kind of soaked in and understood the gravity of the situation that we’re facing with North Korea, 12 hours. He made it less than eight, and it wasn’t even a Democrat that he started attacking.

On Twitter, Sean Hannity decides to go after Mitch McConnell because Mitch McConnell gave an interview saying that Donald Trump’s expectations of Republicans are a little too lofty, maybe he should scale them back. Sean Hannity ripped into Mitch McConnell, the Senate majority leader, saying, “No, you are weak and ineffective, and you need to retire.” He also called him spineless. I mean, look, I would love for Sean Hannity to absolutely be quiet for 12 hours. I would love for him to be quiet for the next 12 years, but he couldn’t even go 12 hours. He barely made it to eight, and he’s attacking his own party just because he said maybe Trump needs to lower the expectations. He wasn’t attacking the president. He just said, “Maybe he needs to understand that we can’t always do all these lofty things.”

But in Sean Hannity’s defense, and I can’t believe I ever had to say that sentence, Mitch McConnell, really, lower your expectations? The Republican Party has the White House, the Senate, the House of Representatives, the Supreme Court, 33 state governments controlled completely by Republicans. You’ve got the lower court system, the federal court system. Literally the majority of every piece of government in the United States is currently controlled by Republicans and you still can’t get things done? I have to go ahead and agree with Sean Hannity on this, that Mitch McConnell is an ineffective leader, because anyone who looks across the country and says the majority of people in charge are people who agree with me, and I still can’t do things? Come on.

I mean, look, I don’t want you to enact any of your policies, because they’re absolutely horrible for this country, but when you’re in the position that you are in, and you have virtually no opposition with any power and you still can’t get things done, at that point yeah, you’re part of the problem. Again, very great for the American public that you’re not able to pursue your agenda, and it’s very disgusting of Sean Hannity to not be able to live up to one simple promise of keeping his mouth shut for 12 hours, and it’s even more upsetting that these two Republicans show that Republicans are incapable of leading, because they can’t even get along with one another.