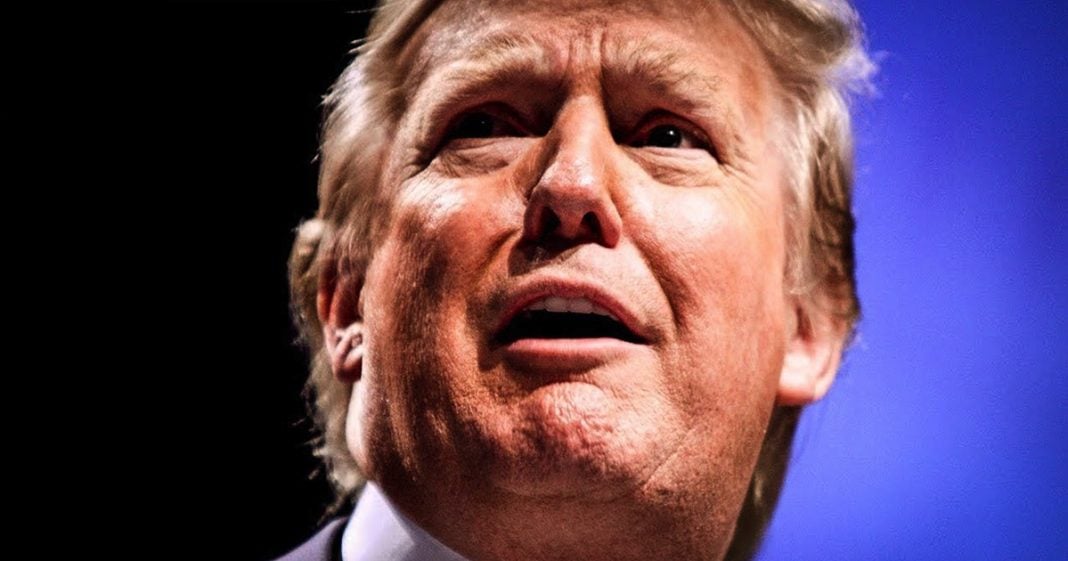 Members of the Trump Administration are scrambling to undo the damage caused by Trump’s threat of “fire and fury” against North Korea earlier this week, telling the world that he was not really speaking for the United States when he made those statements. It is very sad that his own administration officials have to tell the rest of the world to ignore what the President says. Ring of Fire’s Farron Cousins discusses this.

Earlier this week, as I’m sure most people understand, Donald Trump made the comment that “North Korea best not make any more threats against the United States, or they’re going to be met with a fire and fury like the world has never seen.” That particular statement was not run by Donald Trump’s advisers. He did not speak with any of his military personnel before he made that statement. And now, those advisers, the people within the military, his national security advisers, they’re pretty upset at the President for coming forth with that statement, and they have now had to come out with statements of their own, basically undermining what the President of The United States did.

Both Rex Tillerson and James Mattis have both made public statements essentially saying that we’re not that worried about North Korea, we do not see this as a massive threat against The United States, everybody needs to just relax for the moment. And the underlying message is, “please disregard the previous message by our unstable President of The United States.” That’s what these men are doing right now. It’s not about calming the public in case there’s a crisis. It’s about trying to distance the policy of the President from the actual policy of the government. In fact, they have come out and said that the President’s statement does not reflect the policy within the White House with regards to North Korea. The day Donald Trump made that statement, earlier in that morning, he had been told by his security advisers that North Korea does not pose any immediate threat to The United States, and that was when they already knew that they had miniaturized these warheads and were able to put them on bombs. They weren’t all that concerned about it, considering the fact, one, we don’t even know if North Korea has the technology to do that, two, we really don’t know if their missiles are even capable of taking off. We’ve seen plenty of failed tests in the last year, and three, if the missiles take off and if they carry a warhead, are they even capable of making it to The United States.

These generals, these advisers, the Secretary of State, they have all had to come out and tell the public, “We’re very sorry” basically, “That our President is such a hothead, but trust us, at the end of the day he’s not really calling the shots, we’re not going to let anything bad happen. We’re not going to let him do anything too stupid that’s going to destroy not only parts of The United States, but parts of the rest of the world, and destroy the US’s image all over the planet.” So I guess we can take them at their word, personally I don’t put a whole hell of a lot of trust into Rex Tillerson or Mattis, but at least they understand that situations like this have to be approached with a little bit of poise, a little bit of diplomacy, and a lot less of Donald Trump’s hotheadedness, where he’s willing to start a nuclear war with someone just to prove a point.