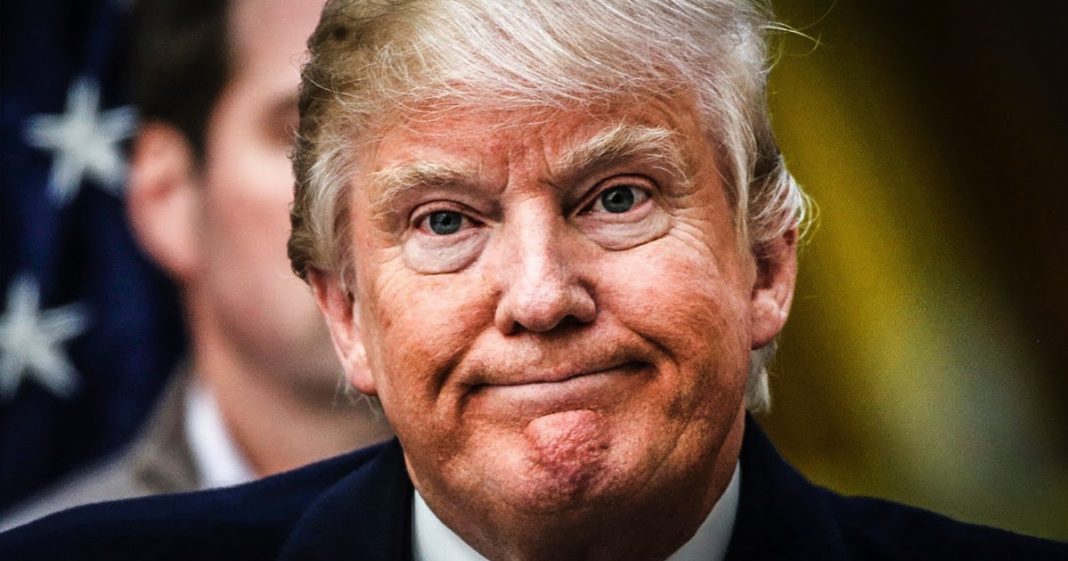 According to a new report, foreign diplomats visiting the United States are less than impressed with Donald Trump. In fact, they can’t seem to stop laughing about how pathetic he really is and about the fact that he won’t shut up about his predecessor, Barack Obama. When other countries are laughing, we should probably reevaluate our choices. Ring of Fire’s Farron Cousins discusses this.

According to a new report, European diplomats do not have a very flattering image of Donald Trump. In fact, according to these European diplomats, who interviewed with BuzzFeed on the condition of anonymity, they actually view Donald Trump as most Europeans do, as a complete laughingstock. The latest available polls show us that 79% of people living in Europe do not trust Donald Trump. They do not think he is an effective leader, and they think he is an embarrassment for the United States, and as a U.S. citizen, you’re absolutely right. We agree with you on this.

But the fact that these diplomats, who do have the job of having to meet with Donald Trump, having to work with him when he goes on these overseas trips, the fact that they see him as a laughingstock is not anything that people in the United States should be laughing at. That is a very dangerous situation when nobody among your ally countries respects your leader, that they do not view him as a very serious person, and more important as the interview states, they don’t view him as an intelligent person. One of the diplomats said that they actually play a form of word bingo when the president is around because he always uses the same words, over and over, like it’s great, it’s very, very good, it’s tremendous. They say he has such a limited vocabulary, that is one of the sources of ridicule among the other diplomats.

Furthermore, and one of the most dangerous about him they said was that the man is clearly obsessed with President Obama. During meetings, they said Trump would not want to debate issues. He would ask if it was something Obama had supported. If the answer was yes, Obama supported it, Trump would blindly and blankly say, then I do not support it. No debate, no discussion, no understanding at all of what they were actually talking about. He just wanted to be opposed to anything that Barack Obama was for, and that is one of the biggest problems that they see over in Europe. Donald Trump is too obsessed with Obama to be an effective leader.

According to these diplomats, it appears that Donald Trump’s only policy goals for the United States are to undo the accomplishments of Barack Obama. And to be honest, from what we’ve seen so far coming out of the Oval Office, that does appear to be his only agenda. He doesn’t care about creating jobs. He doesn’t care about protecting the environment or anything having to do with anything related to Americans. He just wants to roll back every single thing President Obama did so that four, eight years down the road, Obama can’t look at this country and say, oh, that was the program I put in place, because Donald Trump wants to destroy it all.

And he’s not only destroying things over here in the United States, as we see from this story. He’s also destroying our image that Barack Obama had rebuilt amongst our allies in Europe, and maybe that’s Trump’s plan, since everyone in Europe really seemed to like Barack Obama, especially after eight years of Bush and our image overseas declined tremendously. Barack Obama repaired that. So I guess Donald Trump destroying that is just another part of his let’s undo all of Obama’s accomplishments policy.