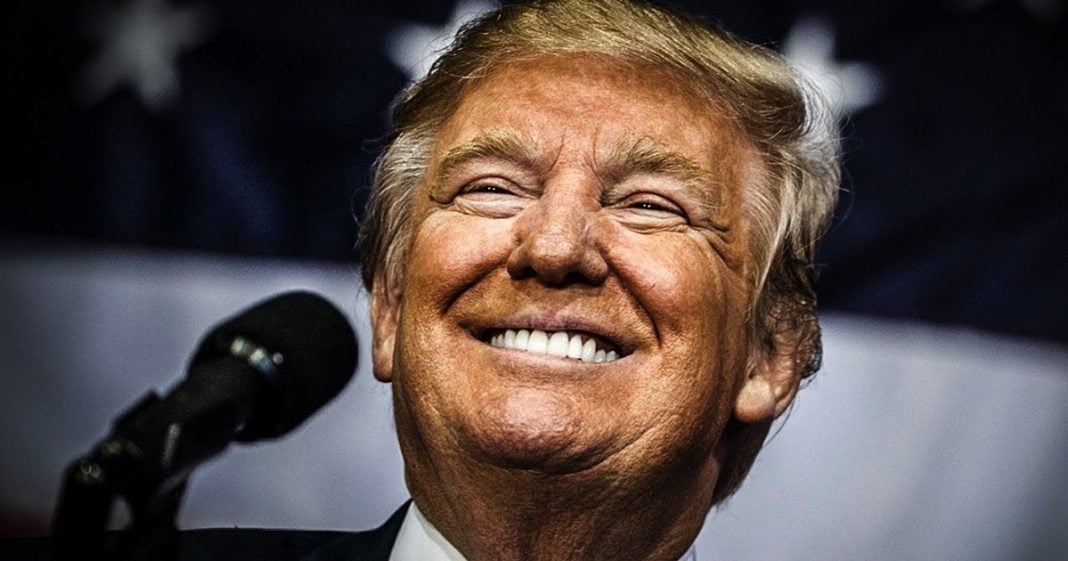 Many departments within the federal government are having to rent space (either temporarily for events or long-term for things like security) at Trump-branded properties at an alarming rate, and we don’t even know how much these agencies are spending. Countless tax dollars are going to Trump businesses as a result, and the President gets to put all that money back into his bank account. But Democrats have had enough, and they’re introducing legislation that will force government agencies to reveal exactly how much money they are spending at Trump properties – the tax payers have a right to know. Ring of Fire’s Farron Cousins discusses this.

About the only real accomplishment you can say that Donald Trump has had since becoming president of the United States is using the government to make himself even wealthier. We know that Donald Trump is constantly visiting his own properties, and when he does, groups like the Secret Service, they have to have rooms. They have to eat. They have to rent golf carts. The military needs to travel with him on certain occasions, and other US agencies and groups have to spend money as well when they travel with him, and again, since he only seems to like to stay at Trump properties, all that money is going to the Trump Organization, which then goes back into Donald Trump’s personal back account at the end of the day.

Donald Trump is using the office of the presidency to get even wealthier, and the biggest problem is, according to Democrats in Washington, DC, we still don’t know exactly how much money these government agencies are spending at Trump-branded properties. We do know the total has exceeded several hundred thousands of dollars, but we don’t have the exact total because it’s not being released. Furthermore, we do not yet know if Donald Trump has completely divested himself from his businesses and whether or not he is still calling the shots at any of the companies that he owns. We don’t know if that’s happened or not. As far as we can tell, it has not, so it’s likely that not only is Donald Trump having his own government stay at his properties and reaping the benefits, but he’s actually still calling the shots for those companies. That is why Democrats in DC in Congress have decided to introduce legislation that would force government agencies to finally reveal how much money they are spending at Trump-branded properties.

This is something that the American public is entitled to know. These are our tax dollars that they’re spending, that are going into Donald Trump’s pocket, and he acted like it was some big deal when he was going to donate part of his salary back to the government, again, part of it. This man has already made 10 times more than that by using the government to stay at his own properties. It’s all a show and somehow the Republican base continues to fall for it. They’re the first ones to piss and moan about the government wasting our tax dollars, but see no problem with the president spending our tax dollars on his own goods so that he gets the money. We may as well stop sending in our tax checks to the IRS and go walk up to Donald Trump and just hand it to him in cash in person, because that’s what’s happening in the United States today.

Kudos to the Democrats for finally trying to do something to get a little bit of transparency in this government, but unfortunately even the transparency that we could get from this legislation that Republicans will never let see the light of day will not be enough to convince the Republican base that this is a problem, or that it’s unethical, or that it’s potentially illegal. They will follow this man directly to the gates of hell. That is how loyal they are to him. It doesn’t matter how many times he screws them over or what he does with their tax dollars. As long as he’s not a Democrat, he has their undying support.