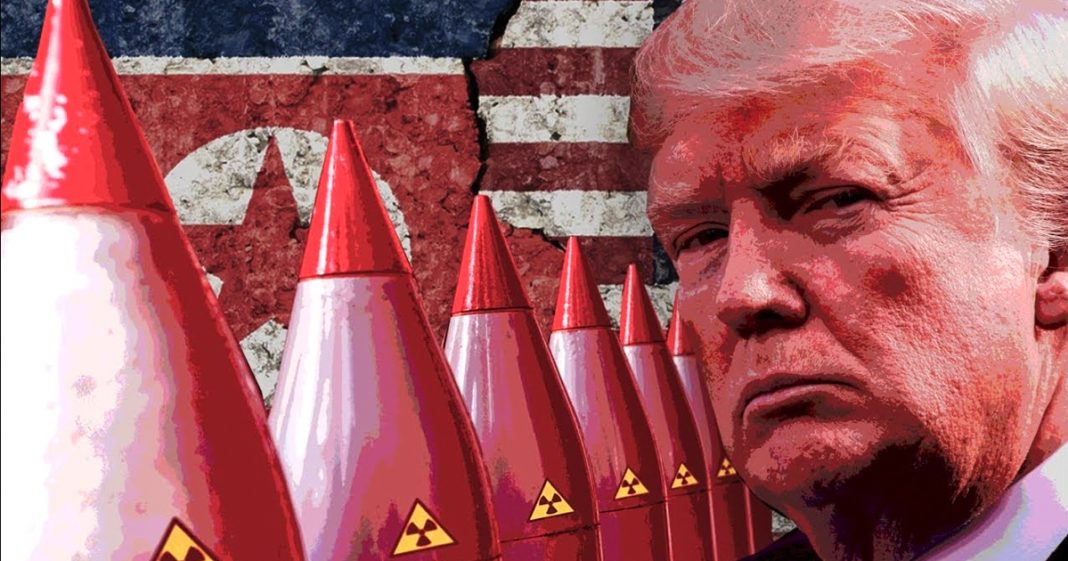 On Tuesday afternoon when President Trump threatened to retaliate against North Korea with a “fire and fury” the world had not yet seen, most of the world understandably freaked out. After all, the U.S. has previously dropped two nuclear bombs on Japan – how much more fiery can we get?

As usual, the cooler heads surrounding Trump were forced to step in shortly after his sweeping statements to try and calm the panic and assure the public that nothing would be done to initiate a nuclear war … at least not yet.

One such cooler head was Secretary of State Rex Tillerson. Tillerson is reportedly on the outs with Trump and has even considered resigning his post. Still, this seemed an opportune moment for him to drop his beef with the POTUS and try to silence the drumbeats of war.

Defending Trump’s actions, Tillerson said he simply believed the POTUS was speaking to the North Korean leader in a language he would understand – brute force.

“I think what the president was doing was sending a strong message with language that [North Korean leader] Kim Jong-Un would understand, because he doesn’t seem to understand diplomatic language.”

And what of the indication from Trump that he was on the verge of advancing tensions between the two nations? Tillerson said he saw no reason to believe that tensions had ramped up significantly in recent days and that Americans should “sleep well at night.”

President Trump is no stranger to hyperbole, but his use of extreme language in a bragging way when it comes to something as serious as war – and even nuclear war – is outright dangerous.

Regardless of how many Republicans surrounding him are willing to pretend what he is saying and doing is all par for the course, it is simply fact to recognize that Trump has little to no concern for protecting American citizens, as long as whatever happens makes him feel as if he’s finally ‘won.’