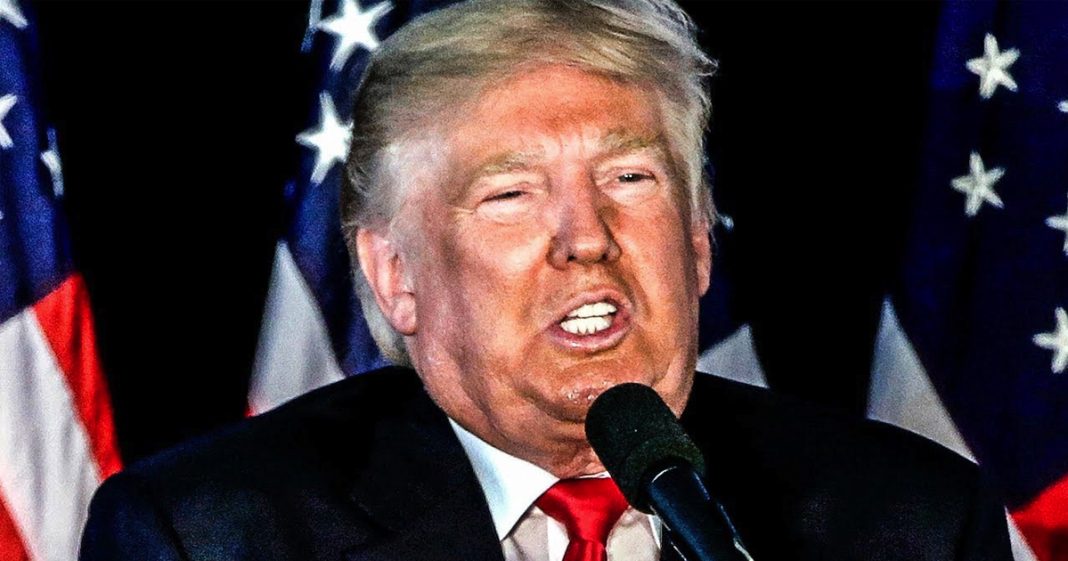 According to a new report, Donald Trump’s piggish and obscene behavior has inspired people throughout this country to behave in the same way. The problem is getting so bad, in fact, that HR managers in the business world say that the President’s behavior has permeated their companies, which is absolutely destroying office morale. Ring of Fire’s Farron Cousins discusses this.

If you think that Donald Trump’s piggish disgusting personality doesn’t have real world consequences here in the United States, you may want to think again. We already knew that even as he was being inaugurated, stories were coming out that school students, school-age children, were getting into more trouble because they were acting as bullies because they saw Donald Trump do that.

School administrators saw a direct link between the rise of Donald Trump in American politics and the negative behaviors that they were seeing in children; there was a correlation between the two. Well, now it turns out it’s not just our impressionable children who are following in the footsteps of Donald Trump, but also adults in the business world. According to a new report by NBC News, human resources administrators throughout this country are reporting an increase in bullying and a lack of cooperation among their employees that they also say is directly correlated to Donald Trump’s election as president.

Here’s the way they explain it. People saw Donald Trump rise to national prominence and win the White House because of his bullish, piggish, disgusting, often obscene behavior. And they assumed that because he was so successful with it, they could do the same thing. That they could, you know, maybe stop being on the fence on whether or not to go forth and be a little meaner than usual to their coworkers, but once Donald Trump used that tactic and won, they saw that as a green light to go ahead, act like assholes to everybody, because they think that that’s how you actually get ahead in life.

How disgusting is that, folks? Look, I know we have had presidents do some pretty bad things in office, okay. That’s not a question. Bill Clinton. Many of the folks before him. Hell, even Charles Sumner on the floor of the Senate getting beat to death, not to death, getting the hell beat out of him with a cane. Civility has never really lived in Washington DC. Let’s be honest about it. Trump did not start this phenomenon, but he certainly has taken it to a brand new level of disgustingness.

Even Bill Clinton, when he was having his affair, wasn’t out there on tape saying, “Yeah, I like to grab women by the genitals, and they let you do it because you’re rich,” which Donald Trump said. Trump doesn’t hide his disgusting behavior. He doesn’t try to put on a public face and act presidential and proper and mature, which presidents in the past, regardless of what they were doing behind closed doors, they at least had that public persona, because they understood that with the office of the presidency came a certain amount of respect and dignity and they had to portray that to the public. They knew they had to set an example for children and unfortunately, apparently, for grown-ups as well.

Because … we have 30 and 40 year olds in this country who I guess, according to this report, are just as impressionable as our children. That’s even sadder. The bottom line is this, Donald Trump is not fit to serve as president of the United States. His own behavior shows that. People do look up to the office of the presidency, and when they look up there and see an obnoxious pig sitting in the Oval Office, they believe that it gives them the green light to go ahead and act like obnoxious pigs themselves, because they believe it’s actually going to help them get ahead in whatever the hell it is they’re trying to do with their lives.