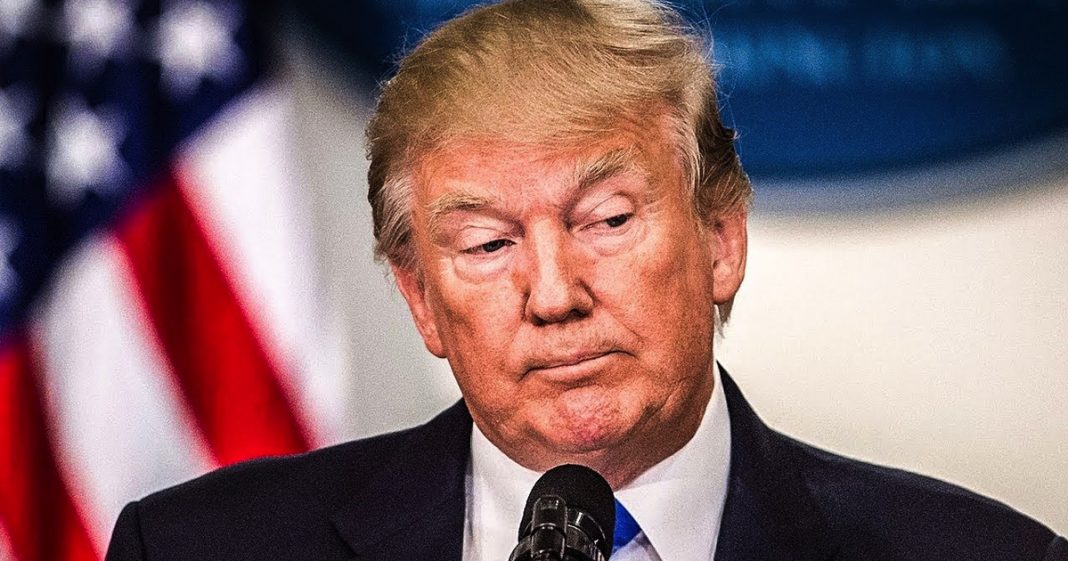 Desperate to convince the public that he’s on a “working vacation”, Donald Trump has decided to ban reporters and cameras from his golf outings for the remainder of his vacation. Trump has spent far more time on the golf course during his break than doing actual work, but he keeps telling the public that he’s working around the clock. Ring of Fire’s Farron Cousins discusses this.

Donald Trump really wants people to think that he is working on this 17 day vacation to New Jersey that he decided to take for August. One of the ways in which he’s doing that is to not actually work, but instead to ban the press from showing up at his golf resort to cover his nonstop golf outings. The White House press pool was not allowed, according to reports, to stay at Trump’s New Jersey golf club and instead had to stay 12 miles away in a windowless room at a Marriott Hotel. See, Donald Trump doesn’t want people to think that he’s out there having fun as the country falls apart. In fact, he insisted numerous times before going on vacation that it was in fact, not a vacation. Those were his words. Then he later said, “It’s a working vacation.” Meaning, I’m going out of town and I’m going to do fun things, but trust me I’m going to be working the entire time and so far all he’s done is golf and tweet out insults to American citizens.

Doesn’t exactly seem like something, you know, productive. Really not in the best interest of this country, really not furthering any kind of agenda other than his own alleged popularity amongst his base. See, they don’t care that he’s a hypocrite for going golfing every three days while President while he constantly criticized for Barrack Obama for occasionally going golfing as President, but furthermore he doesn’t want people to know that he can’t handle this job. Because at the end of the day, that’s what this is really all about. That’s why he keeps going on vacation. That’s why he keeps leaving the White House and going to his Trump-owned properties all over the country. Because he can’t handle it. He can’t handle the pressure. He can’t handle the responsibility and he can’t handle anything that goes along with that position.

If Donald Trump wants to spend more time at his own properties and less time at the White House, there is a very simple solution that would make everybody happy and to be honest would probably improve his approval rating, and that is, he could simply resign and go away from the public life forever. Enjoy his little golf outings whenever he wants, rest happy with his millions or billions of dollars while we, the American public, attempt to rebuild the damage that he has done in seven short months.