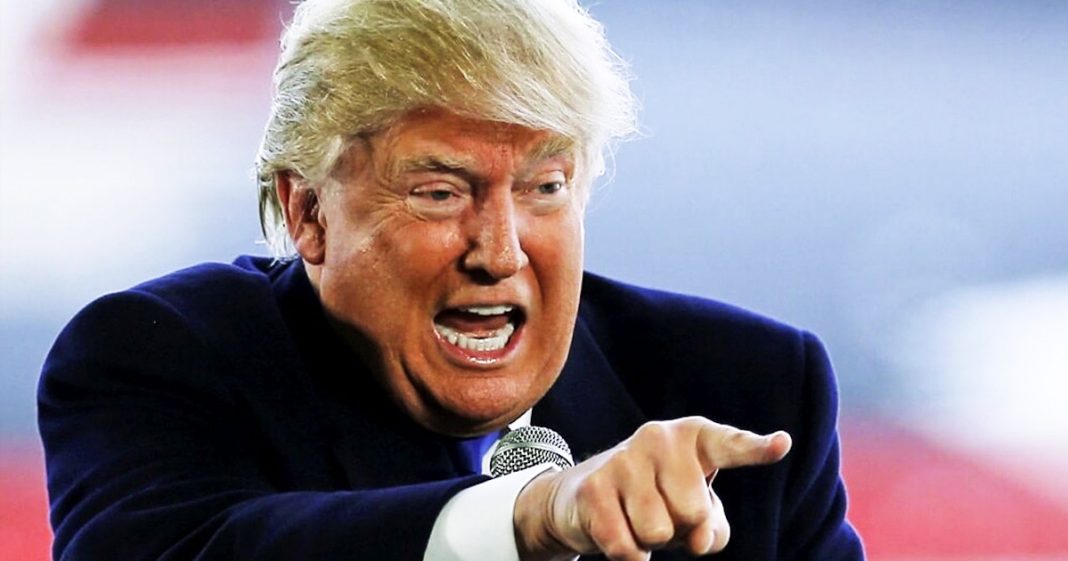 Engaging in his favorite hobby (besides hitting a little ball with a big metal tool), President Donald Trump appeared to share classified information on his Twitter account in response to a Fox and Friends report that got him all riled up.

After watching a segment on Fox which discussed anonymously-cited reported that U.S. spies located a North Korean cruise missile, Trump shared the article on his Twitter account.

When asked to respond to the claims made by Fox and Friends and shared by the President, U.N. Ambassador Nikki Haley said that she could not comment on classified information. Wait, what?

So does that mean what Fox and Friends shared with their network audience, and what President Trump shared with his large Twitter audience was classified?

Of course as we have previously learned when Trump shared similar information regarding sensitive allies and ISIS, the President of the United States can’t technically ‘leak’ because anything he deems worthy can be unclassified and distributed. As President, he is in fact the only one who can declassify information at a moment’s notice.

Still, that information was classified for a reason, and Trump isn’t known to be the most rational man among us. Having said that, did Trump even stop and consider whether the information he was publicly circulating could cause damage to allies or otherwise create a negative outcome?

Apparently the information is still sensitive, judging by Haley’s sharp response. Though she focused her ire on Fox and Friends and neglected to mention President Trump’s role in the circulation, her admonishment was clear.

“I can’t talk about anything that’s classified, and if that’s in the newspaper, that’s a shame,” she said. “I have no reason to comment on it.”

“It’s incredibly dangerous when things get out into the press like that,” she continued. “You are not only just getting a scoop on something, you are playing with people’s lives, and this has got to stop. Whatever the leaks are coming from, if somebody thinks they are getting power or fame from it, all you are doing is putting Americans in danger.”

It’s too bad that Haley is simply continuing the talking-point of Trump’s administration rather than recognizing that in this case, it was his actions she should be criticizing foremost of all.