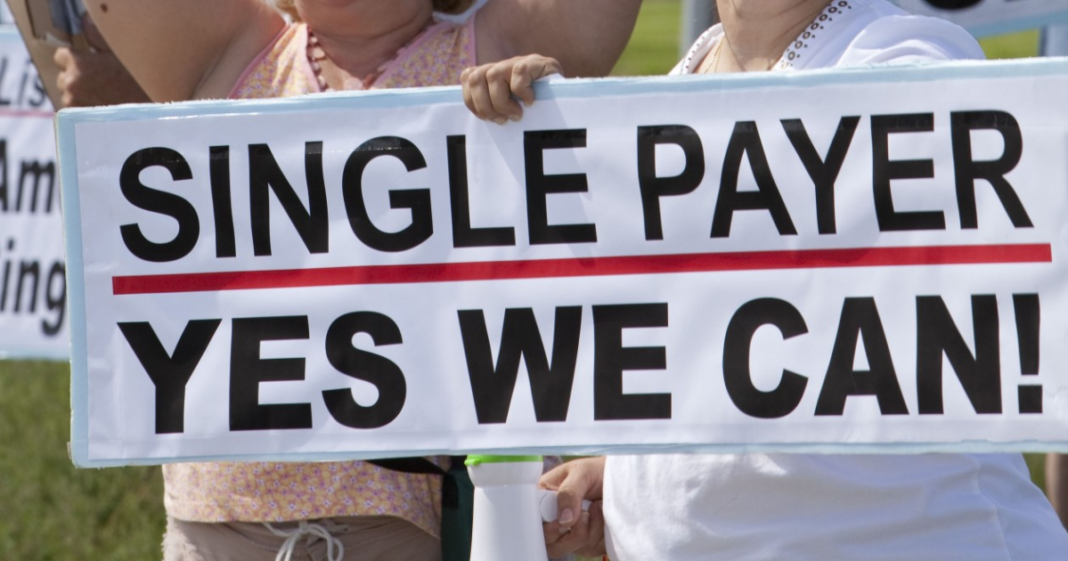 In the last week, a new candidate has been raised by the Democratic establishment, a candidate to which many on the left have already dismissed as yet another shill. With that, infighting among establishment and progressives has be renewed in earnest.

Though there is a great deal of legitimacy in the argument that Kamela Harris is not the level of progressive the Democratic party should be embracing, the reality is that those in the center and on the left are not seeing the forest for the trees here. That is, if we want to win in 2018, 2020, and beyond, the main purity test candidates must face is relatively simple.

While the Republican party continues to fumble with their long-promise repeal and replace plan to rid America of Obamacare, the time is right for progressives to commit fully to the Bernie-backed plan of single-payer, medicare for all. In order to effectively do this, though, they need the full-throated support of even the most establishment Democrat.

It’s more than obvious, and yet when Democrats are asked to put together a platform or voice their support for or against a healthcare plan, many still are not focused on the best hope of giving Americans a better chance at life.

As Senator Sanders has pointed out again and again, America remains the only industrialized nation on the planet not to provide healthcare to its citizens as a human right. It’s a system that has got to change, and what better time to change it than when Republicans are repeatedly failing to pass their own health bill?

Even those who support Obamacare and feel it only needs a few tweaks should see the value in embracing an all-encompassing system to rival those across the planet.

After all, we see just how quickly America came to know and rely upon the mandate provided by Obamacare guaranteeing coverage to all, despite pre-existing conditions. As the Republicans’ repeated failure shows, once you provide a nation of people with a social entitlement, they will not let it go.

Another benefit of focusing on single-payer is that rather than forcing progressives to the center as is so often the case when it comes to Democratic ‘compromise,’ progressives would pull centrists toward the left. The reward of single-payer and a historical legacy should be rich enough for anyone but the most bought and paid for candidate to support.

So sure, there are many reasons why one candidate isn’t progressive enough, or why another is too far left for the more establishment types – but if we can set aside those divisive purity tests for a little while, we can all get on board one of the most promising reforms in recent history.

When we look at how badly this nation needs single-payer, isn’t it worth it?