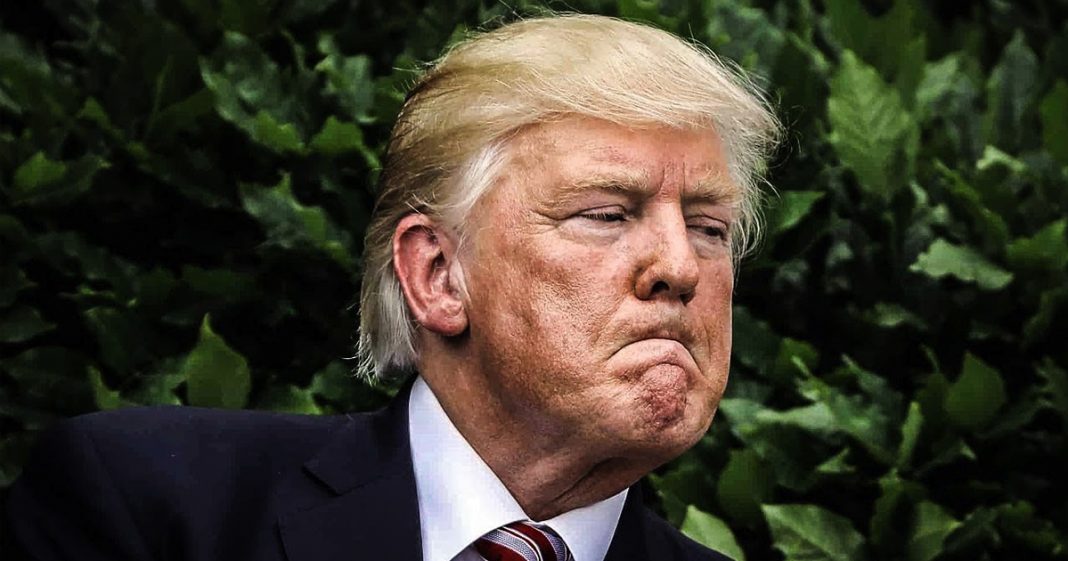 Donald Trump may be on vacation, but that hasn’t stopped him from Tweeting out false information at every opportunity. On Monday morning, Trump lashed out at nearly every media outlet except for Fox News, he attacked Democratic Senator Richard Blumenthal, and he insisted that his base was stronger than ever. Trump believes he is the victim of a massive smear campaign, but he’s the one smearing other people and taking away our basic rights. Ring of Fire’s Farron Cousins discusses this.

While Donald Trump may officially be on vacation, that hasn’t stopped him from lashing out early Monday morning, pretty much against everybody that he dislikes. What really started the whole tweet storm Monday morning, was the fact that Democratic Senator Richard Blumenthal went on CNN and talked about the fact that Donald Trump is under investigation for possibly colluding with Russia during the campaign. That’s a fact. He didn’t say he was guilty of it, he just said there’s an investigation going on about it, and that’s that.

Trump became furious, immediately began attacking Blumenthal saying that he cried and begged at some point during the Vietnam war, wasn’t really specific about how or who he begged to. But aside from that, he then went on a rant about ABC, CBS, NBC, MSNBC, CNN, Washington Post and the New York Times, they’re all fake news, they’re all just out to smear him, they’re all just out to get him. Donald Trump is doing what he does best today folks, he is playing the victim, while at the same time, smearing every other human being possible in the process. When he calls a news outlet fake news, that is a smear.

The New York Times, the Washington Post, CNN, MSNBC, you may not like them and that goes, I know from my audience, I know I am not a huge fan of them either, calling them fake news is a smear, that is not true. Now you could call them propaganda for corporations, propaganda for the military industrial complex, those would be much more accurate statements, but fake? Uh-uh (negative), that doesn’t fly. And to attack Richard Blumenthal, a man who actually had the courage to at least enlist in the military, he didn’t go to Vietnam, but he was in the military, while you got five deferments for what? Bone spurs in your heel? Yeah, you’re a coward. Yeah, you’re always going to play the victim.

It’s the same scenario that repeats itself every single time. The women who’ve come forward and accused Donald Trump of sexual harassment or sexual assault, or things like that, he immediately says, “This is a lie, this woman is a tramp, she is trash. Look at her face, I would never sexually harass her because she’s ugly.” He immediately turns himself into the victim while smearing and attempting to ruin the lives of other people.

And when news outlets report on how horrible Trump Care would have been, or how many people would have lost their insurance under a full repeal of Obama Care, that’s not fake news and that’s not their attempt to smear the President. Those are facts. You were willing to ruin peoples lives by taking away their healthcare coverage just because you have a grudge against your predecessor. That is what Donald Trump does, this is who he is, he plays the victim all day long while going out there and actively, literally trying to ruin the lives of other people.

He will not change, he is a sad, pathetic excuse for a man, but more importantly, a sad excuse for a human being. So is anyone who still supports him, and I have no problem saying that. If you support this man, if you look at Donald Trump and say, “This is what a leader is,” you have no dignity, you have no class, you have no intelligence to speak of. Donald Trump is not just a horrible President, but he is a horrible human being, and he shows us every single day, through his actions, mainly through his Twitter feed, just what a horrible piece of crap he really is.