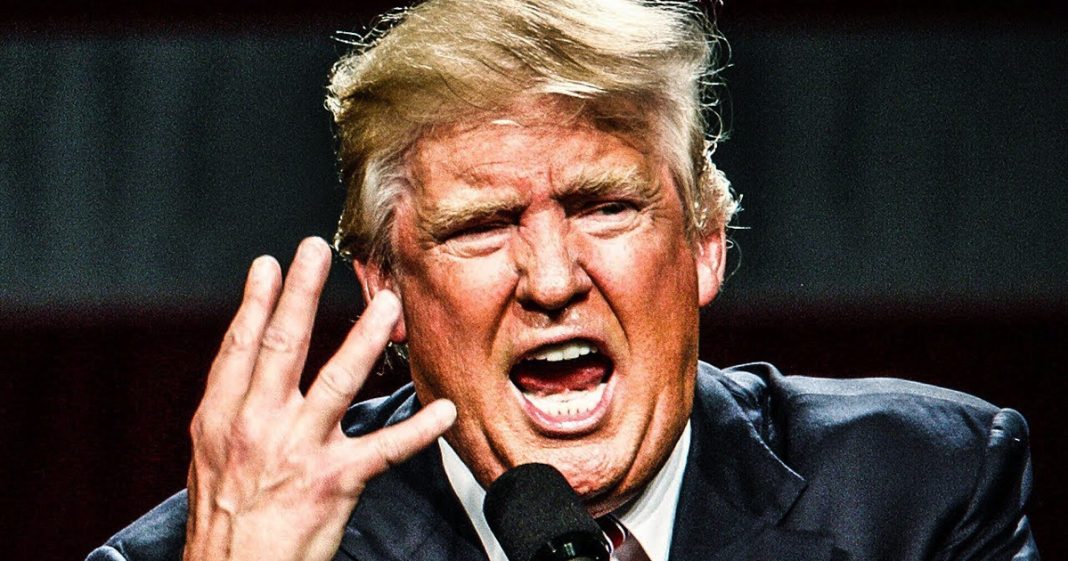 The New York Times ran a story recently about the Republican politicians who appear to be gearing up for a 2020 election run, which includes current Vice President Mike Pence. Trump has lashed out at the New York Times for printing the story, saying that it is totally unbelievable. However, signs seem to support the Times’ reporting, and Republicans would probably fair much better without Trump on the ticket in 2020. Ring of Fire’s Farron Cousins discusses this.

Over the weekend, the New York Times ran a story talking about the fact that Republican party, Republican politicians, are very clearly and obviously gearing up for a 2020 presidential campaign that does not include Donald Trump on the ticket, and some of those people who are working on a 2020 campaign just happen to include Mike Pence. Well, obviously, Donald Trump saw this story and was furious.

The facts say otherwise, though, and the New York Times was very quick to point all this out. Mike Pence, as we reported a few months ago, has actually already started his own campaign fundraising PAC. Not something you do if you’re planning on staying at the bottom of the ticket for another seven years. But Pence has done that.

Pence has put out feelers. Pence is meeting with high-up Republicans. Mike Pence is absolutely preparing to run for president in 2020 because he does not think Donald Trump will be around. Now, I’m not saying he’s going to leave the Trump administration to go run his own campaign. I think Mike Pence understands that Donald Trump’s not going to make it to 2020 as president, and he needs to be prepared to run at the top of that ticket because he’s obviously, for some reason, assuming that whatever scandal takes down President Trump isn’t somehow going to take down him as well.

But there are also other Republicans out there that are traveling to Iowa, traveling around the country, meeting with voters, meeting with donors, and they are very clearly preparing for a challenge to Donald Trump in 2020 because that is what the Republican party actually wants to do. They understand to an extent that Donald Trump is a toxic cancer on their party. They do not want to run him again. They want him to be primaried by somebody else. They at least want to give the … I guess give the impression that they’re unhappy with the damage that he’s caused to their party, and the damage that he’s causing to the image of their party. And that is what this is all about.

The New York Times article was spot on. All it did was report the facts about what’s happening and then offer potential answers to do this. That’s not fake news. That’s what op ed journalism is. It wasn’t investigative journalism. Absolutely not. Most people don’t do that anymore unless you go to the place like The Intercept or the International Business Times. But to call them fake news is an absolute lie and Donald Trump knows it.

Trump himself is worried about the fact that he’s going to have primary challenges in the 2020 campaign, assuming he even makes it that far. Real Republicans are going to step up and challenge him, and to be honest, it’s not going to make a whole hell of a lot of difference for the American public. As I’ve said plenty of times, the policies between Donald Trump and average, regular Republicans are absolutely no different. There is no difference between them. The only thing that’s different is that some Republicans are a little less hotheaded and mentally unstable as Donald Trump, and that would really be the only difference if he gets primaried by a Republican challenger. Aside from that, if a Republican wins in 2020, regardless of who it is, the policies are going to stay the same.