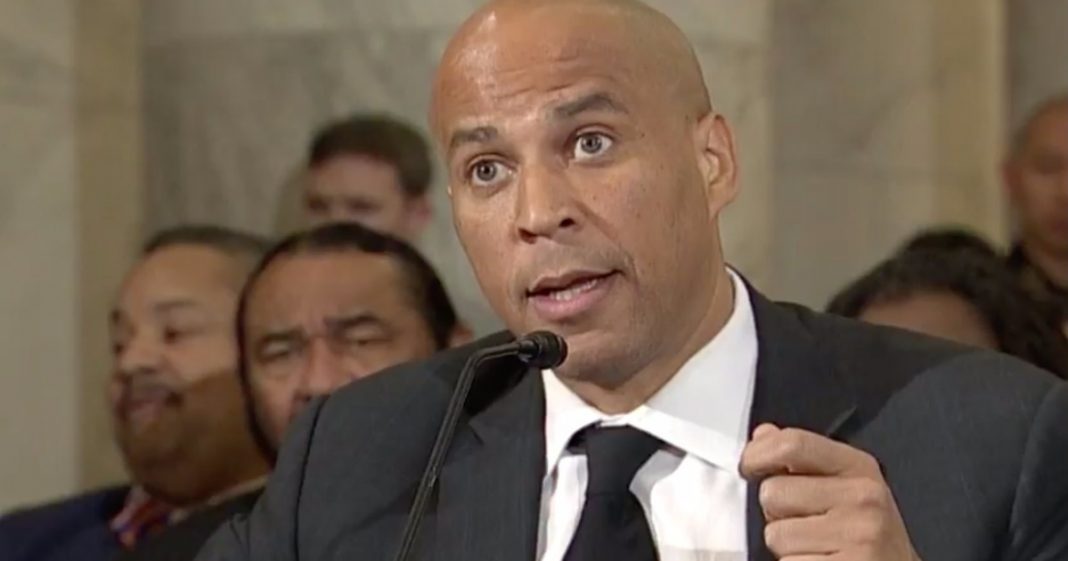 The Marijuana Justice Act seeks to remove marijuana from the list of federally controlled substances. Currently, it sits at the most extreme schedule on that list, Schedule 1.

Booker proposed the bill last week amid much fanfare, including a kickoff rally where he was joined by supporters on the steps of City Hall on Friday.

“I don’t care who’s in office,” Booker said. “Now is always the right time to do what is right.”

The act would also allow those currently serving terms in prison related to marijuana possession or distribution to received new sentencing in light of the rescheduling. Though many states have made it legal to use or possess marijuana, failure to implement the ability to re-sentence those serving terms under the old laws means that many people sit behind bars today for a low-level crime that is no longer illegal for so many.

Past efforts to legalize the plant nationally has failed, but with so many more states legalizing cannabis for either medical or recreational use, it is no longer risky for a lawmaker to back such legislation.

The most recent effort to nationally legalize cannabis was in just May of this year, when Republican Thomas Garrett and Democrat Tulsi Gabbard introduced a bill to the House titled the Ending Federal Marijuana Prohibition Act of 2017.

The Marijuana Justice Act has bipartisan support, but will still face a significant uphill battle. Often, the most aggressive opponents of such legalization efforts do so because of purported morality and an urge to protect children, but most truly oppose it because of funding from the private prison industry. Without such an easy stream of prisoners from possession or distribution, their business model as it is now would simply not work.

Even if the bill fails to pass, it will stand as yet another demonstration on just how ready America is to legalize cannabis, and that the prohibition that now exists is on its way out.