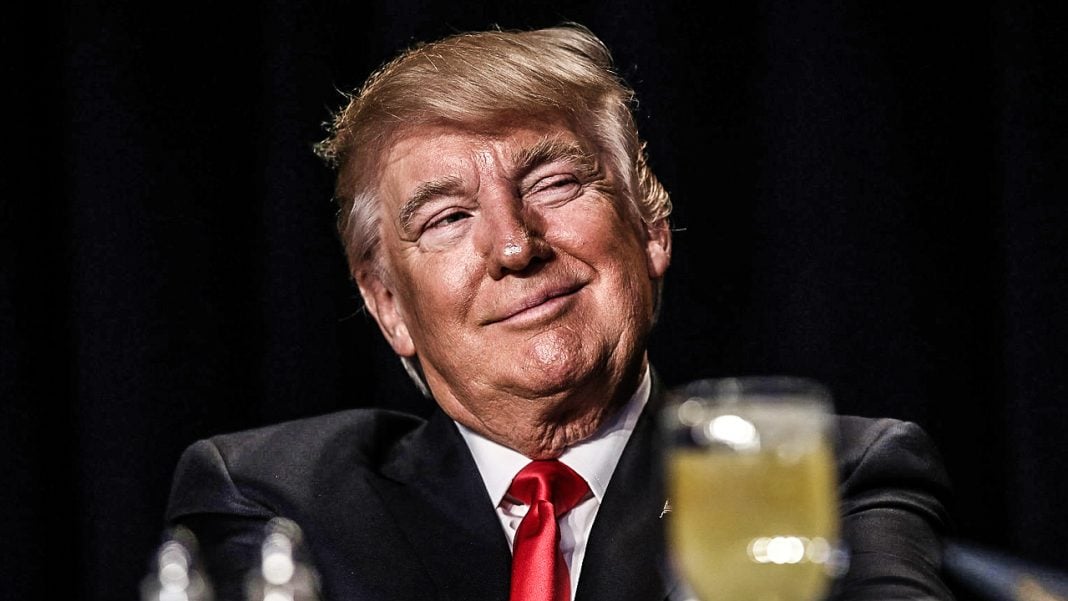 A new psychological analysis of voters who supported Donald Trump in 2016 has revealed 5 key traits that are nearly universal among those who voted for Trump. While things like prejudice and economic worries did factor in, the biggest influencers were the psychological need to feel like a group is better than another group, which psychologists say is true of Trump supporters. Ring of Fire’s Farron Cousins discusses this.

A psychology professor at UC Santa Cruz has put together a psychological profile based on other psychological studies, polls and demographics to really get a good mental view of what is inside the mind of a Donald Trump voter. What he’s come up with are five common traits that we see throughout almost all Trump supporters in this country. Here they are.

The first one, authoritarian personality disorder. What this means is that people who support Donald Trump are people who support a very strong rule of law, at the expense of their own freedoms. Now this is something we have absolutely seen since Donald Trump took office. We have seen far too many Donald Trump supporters saying that they support his strong enforcement of immigration laws, and then, “Oh no, they deported my husband. They deported the rest of my family.” That is the authoritarian personality disorder. They lost their own freedom, their family lost their freedom, all because they wanted that strict rule of law.

The second common personality trait, social dominance orientation. Now what this means is that Trump voters are far more likely than other people in this country to believe that we need some kind of societal hierarchy where the higher class, the upper class is clearly above and gets to oppress those below them. A little bit of irony here, considering the fact that many Donald Trump voters are not in that top 1%, they’re actually down here in the bottom. But they believe that one day they will be at the top and they deserve all the power and they’ll be the ones holding down everybody else.

The third, and this is probably one of the most important personality traits found, and again not found in all of them but found in most of them, prejudice. People who think they’re losing their rights to minorities. People who believe that their whiteness makes them better than a Black person or a Hispanic person or anyone else or an Asian person. That is a very common theme seen throughout Donald Trump voters.

Another one, inter-group contact, that’s the fourth one. What that means is that Donald Trump voters are far less likely than their Democratic counterparts, or Libertarian or Green Party counterparts, to actually have interactions with people outside of their own race, outside of their own city and outside of their own country. They’re very isolated. They’re very insulated. They interact with only people who agree with them and are never exposed to differing viewpoints, differing world views or differing views of the world. Physically, geographically, they do not move around, they do not talk to other people. They don’t expand their own horizons and that leaves them with this feeling that they are superior, that they are better, and that leads them to vote for Trump.

The fifth and final common trait he found, relative depravation. This is the one. It’s a little more controversial but it says that the depravation is not that they’re deprived of any kind of horrible thing, but that they feel like they’re owed a better economic situation. They’ve been deprived of moving up the social ladder and they feel like they deserve that. That is one that is actually true. That is one that’s been hotly debated amongst the Democratic Party. Some people say that we have to reach out to these disaffected Donald Trump economic voters, while others say that no, all Trump voters are racist.

In reality both are true. Not all Trump voters are racist and not all Trump voters are suffering from a bad economic position. But both of these factors played a role in the election of Donald Trump and these psychologists have worked very hard to come up with these profiles. Hopefully, the Democrats can use this and understand it and find a way to actually work around these issues to convince these people that voting for Republicans is not in their best interest and that the Democrats hopefully, maybe, if they fix themselves, are the ones who can actually help improve their lives.