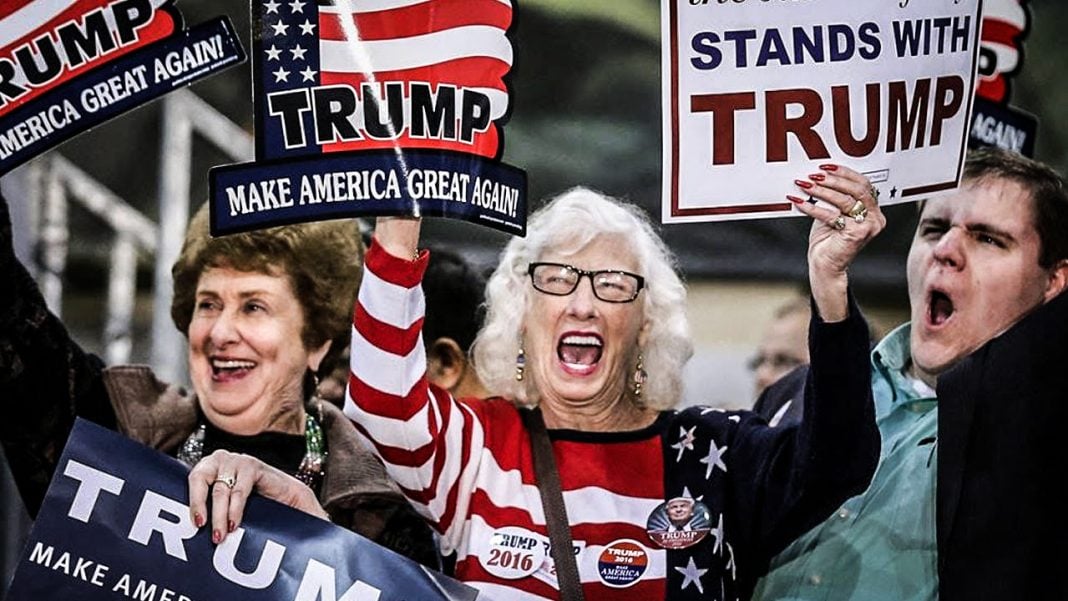 According to a new report, white people (most of whom voted for Donald Trump) believe that there is an inherent anti-white bias in affirmative action policies, and that any time the African American community makes gains it comes at the expense of white people. Their backwards thinking and misconceptions are setting race relations in this country back decades, and the Trump administration is using these angry white people to push their backwards policies. Ring of Fire’s Farron Cousins discusses this.

Very interesting story emerged earlier this week when Jeff Sessions and the Department of Justice within the Trump administration announced that they were going to try to do away with affirmative action in college because they felt like college admission boards were giving priority to minority students and discriminating against white people.

Well, shortly after that story came out, some polls were released showing that white Trump voters actually believe that there is some kind of anti-white bias in the United States. In fact, many of these people believe that white people in this country are more discriminated against than black people.

To that, I have one simple question to ask. When was the last time you white people got pulled over by a cop for doing something, speeding, illegal parking, I don’t know, whatever it was, and had to worry that you were going to get shot and that you’d never see your family again? My guess is that doesn’t happen very often. But that is the situation that plays out in the head of every single black person in this country when they get pulled over by a police officer. Because it happens too much.

You typically don’t see stories about an unarmed white guy sitting there on the side of the road and suddenly the cop just says, “You know what? I don’t like the way you’re talking to me. I’m going to shoot you. Or I’m going to throw you in the back of a police car unrestrained and let you bang your body around that you die. Or I’m going to put you in a choke hold on a street for trying to sell a single cigarette to somebody and kill you.” Yeah. That doesn’t tend to happen to white people very much in this country, does it?

Furthermore, the Trump administration is feeding into their paranoia with these policies like Jeff Sessions came out with this week saying, “Oh, they’re discriminating against white people. Do you hear that, white folks? We hear you. We got your back. We’re going to put an end to this thing that’s actually not really happening.” That’s what’s going on in this country today.

Look, white people claiming that there’s any kind of anti-white bias really anywhere in this country is disgusting and it’s untrue. You can look across the board, folks. White people have it 10 times easier than anyone else. I mean, there’s no question. There are polls, there are studies, There are statistics that back that up. Yet these backwoods, idiotic, Donald Trump voters think somehow their inbred way of life is under attack because black people want to go to college. They view it, according to The Washington Post, as a zero sum game, meaning that any time black people or Hispanics or Asian Americans, any time they make a gain in society, it comes at the expense of white people. Because they see it as every time a black person gets a job, that’s a job that a white person got fired from. That’s how they view the world.

Until we change their world view, until we figure out how to get inside their heads and tell them that they are wrong, show them the truth, which honestly I don’t even think it’s possible, I think it’s a waste of time to even try to reason with these people, but until something clicks in their heads, they’re going to continue to believe that they are the ones being persecuted and that black people, Hispanics, Asian Americans, everybody else just has it so easy in the United States. It’s those poor, little white people that are actually being oppressed.