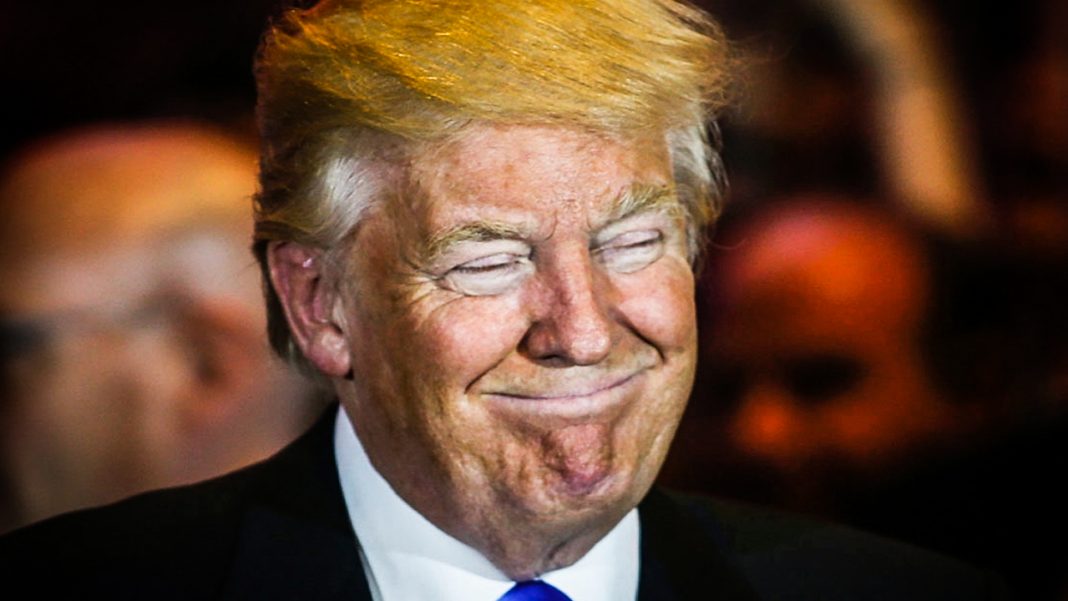 Donald Trump was touting the fact that the Dow Jones traded at an all time high this past week, using that as “proof” that the economy is doing so much better under his leadership. But the fact is that at least half of the country has exactly $0 invested in the stock market, so those gains mean absolutely nothing for average Americans who are still struggling. Ring of Fire’s Farron Cousins discusses this.

On Wednesday of this past week the stock market hit over 22,000 points, which is a record high all-time high for the Dow Jones. Donald Trump immediately got on Twitter talking about how strong this economy is, look at what’s happening in the stock market. That is proof that everything is getting better in this country. And to his credit, even though he’s done absolutely nothing that would affect this, the stock market has risen 20% since Inauguration Day.

But here’s the problem. The stock market doing better, even reaching all-time highs, doesn’t really affect this country. 50% of people in the United States have exactly $0 invested in the stock market. The majority of people who do have money in there are people who make over $100,000 a year. Although 20% of people who make under $30,000 a year do have money in there, but that’s mostly through an employer sponsored pension plan that they themselves do not contribute to but their employers do, and they really have no control over that money, and they can’t touch it until they’re in their 60s.

Nonetheless the stock market doing well really has no bearing on how Americans are doing. Does the stock marketing hitting 22,000 points this week, did that give you a raise? Did that increase the minimum wage? Did it create more jobs in this country? No. It didn’t do anything. It put more money in the pockets of people who do not need more money already. And most of the reason the stocks are going crazy is not because new people are coming in saying they want to buy it. It’s because corporations are engaged in a massive stock buyback this year and they’re buying their own stocks artificially and rising the prices. That’s what happens folks.

Eventually this will all come crashing down. Wall Street, the stock market, it is a giant casino. And if you’re not betting in it, then you have nothing to lose, you have nothing to worry about. But eventually, as we’ve seen time and time again, all of these people who suddenly jump in and start wanting to buy at these rich wealthy people want to put more money in and more money and more money, when it comes crashing down they’re going to lose a lot. The rest of us, once again, we’re not necessarily going to feel the pinch. Just like we’re not feeling the benefit.

When Donald Trump says that the economy is doing better in the United States, please understand that he means the economy is doing better, but only if you’re already a rich person in the United States. Funny how it always seems to work out like that. Everything is doing great if you’re already rich. Yeah, you can be anything you want to be in this country, as long as you’re born into a wealthy family. When you already have money, everything just suddenly seems to start doing better. The big question is when are they going to start having some of that money actually trickle down to help the rest of us down here who struggle from paycheck to paycheck and couldn’t even think about being able to afford buying into their little stock market casino that’s making them all millions upon millions of dollars every week?