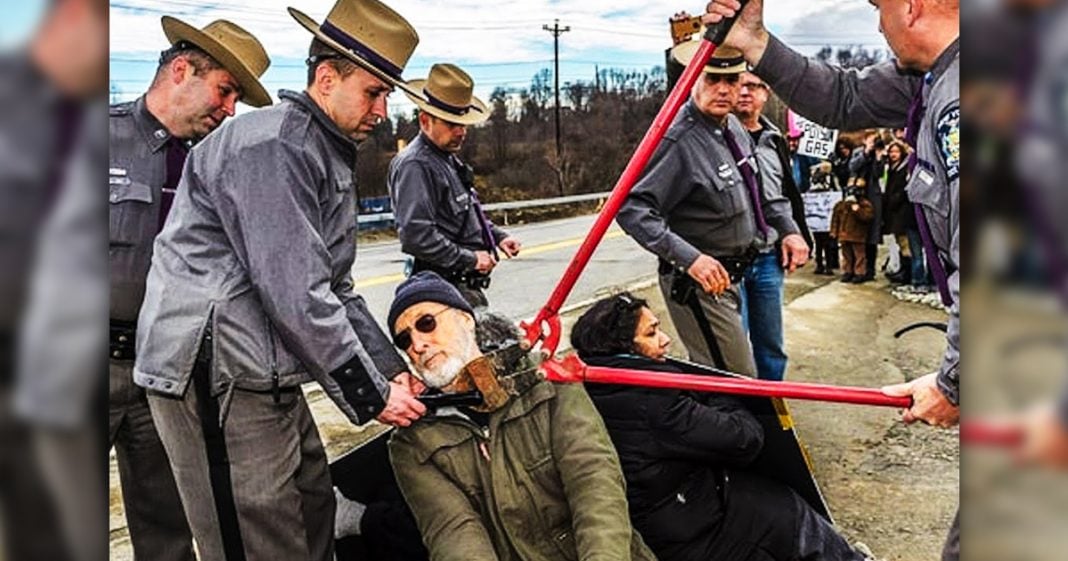 “Capitalism is a cancer.”— James Cromwell.

“Watch our extended interview with Oscar-nominated actor James Cromwell before he reports to jail at 4 p.m. Friday in upstate New York for taking part in a nonviolent protest against a natural gas-fired power plant. Cromwell says he’ll also launch a hunger strike. He was one of six activists arrested for blocking traffic at the sit-in outside the construction site of the 650-megawatt plant in Wawayanda, New York, in December of 2015. The activists say the plant would promote natural gas fracking in neighboring states and contribute to climate change.