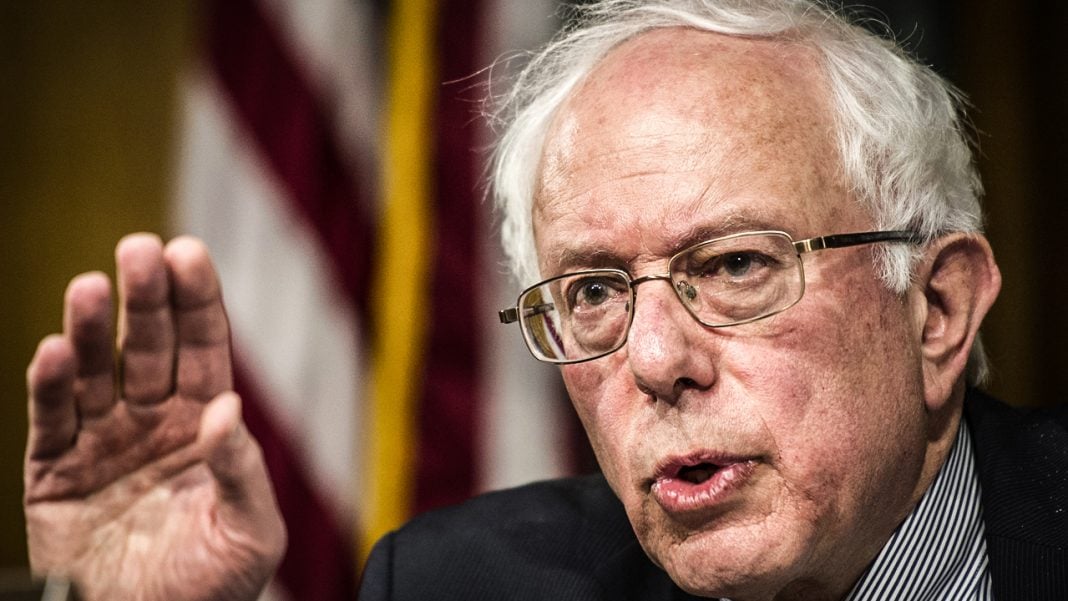 Senator Bernie Sanders is wasting no time rejoicing after the Senate repeal of The Affordable Care Act failed, and he announced that he would be introducing single-payer healthcare legislation in the very near future. Some Democrats have signaled that they are on board, and though Republicans likely won’t support it, this could show the public that the Democrats are serious about making single-payer a reality. Ring of Fire’s Farron Cousins discusses this.

Vermont Senator Bernie Sanders has announced that he absolutely is going to begin working on single-payer healthcare legislation for the United States, and will be introducing it obviously as soon as it’s finished. Now, several Democratic lawmakers, Bernie Sanders obviously Independent, several Democratic lawmakers have said that they support this idea. Other big-name Democrats have come out and said that it’s inevitable. Jimmy Carter, Al Gore, say that that is what we need, and Bernie Sanders, once again, had to take the lead and say, “You know what? I’m going to go ahead and start on the legislation.”

Now, this is exactly what I had said last week, that the Democrats in the wake of the healthcare failure from the Republicans need to draft the legislation today. They need to get to work on it right now for single-payer, so that even though it won’t pass, and I think Bernie Sanders knows this, but so that during the 2018 mid-term elections they can go back to their voters, hold up the legislation and say, “Look what we did. We attempted it. We wrote it. We have it ready. Give us the majority and we’re passing it first day.” Republicans didn’t do that with the Obamacare repeal. They just said, “We’ll repeal it and replace it,” and then when they got the numbers they said, “Oh, crap. We got to write that thing, right? That’s due tomorrow.”

Bernie Sanders is trying to help out the Democratic Party by doing it now, which is what they all should be working on, because it’s past time for a single-payer option here in the United States. That doesn’t mean you’re going to get kicked off of your private health insurance in favor of some government-sponsored thing. What it will do is give people an option. You can go to the private companies, or you can buy it from the federal government. Federal government’s not going to charge you or not going to bar you from it if you’ve got preexisting conditions. It may not cover as much, but it’s not going to cost as much, but maybe it’ll cover things that regular insurance won’t. Maybe it’ll be better coverage. We actually won’t know until we get the legislation and they start working on plans, assuming the legislation ever passes, but we need that.

There’s no reason why the government can’t be in that business. They do many other things that are run as a business, the post office, for example. They run the Department of Energy, and they get profits off of energy that we sell. Why not health insurance? There’re a lot of areas where the government makes money other than tax revenue, and I think health insurance needs to be one of those, because it’s one of the few areas where the private industry, and I shouldn’t say one of the few areas. There’s many, many areas, but it’s one of the main areas where the private industry has failed. They raise prices on us whenever they feel like it, regardless of what kind of profits and revenues they’re already pulling in, which they are currently pulling in billions of dollars a year in profits, and yet they’re still raising our rates because they want more money.

Federal government wouldn’t be allowed to do that, so why not give us that option? That is what Bernie Sanders is doing. That is what every single Democrat in this country elected or not needs to get behind. Every single one of them has to be united in this push, because this would be a massive overhaul of the entire system, and it will not work if we do not have everybody onboard. Just like we did with the Republicans when we called them to tell them not to repeal Obamacare, it’s time to get on the phones again, get on social media, get those emails ready, and tell all of the Democrats to support this legislation. That is the only way we’re going to effect change in this country, and it’s change that all of us desperately need.