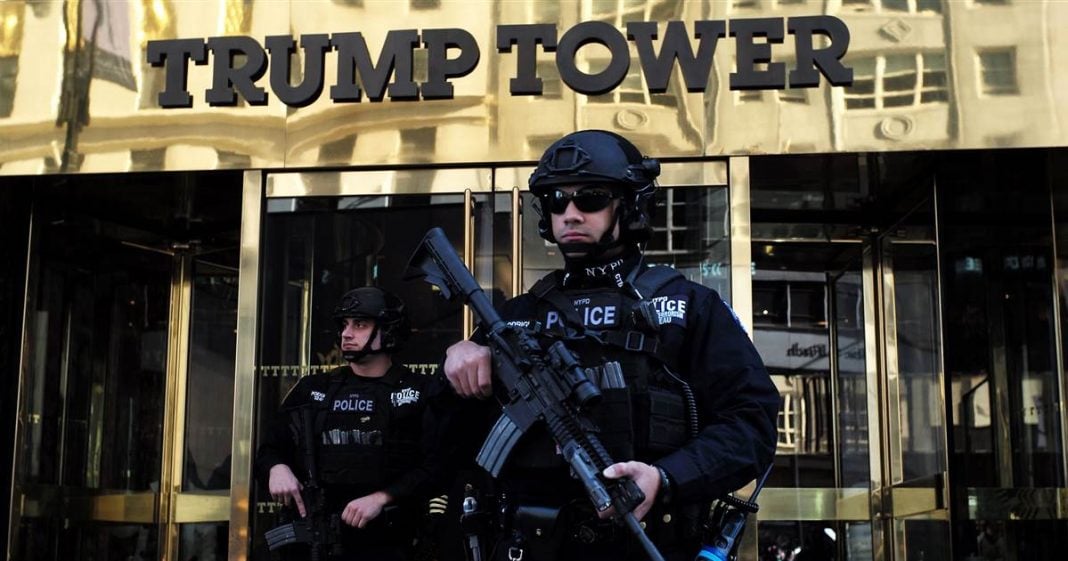 Until now, the American taxpayer has been footing the bill for Secret Service to maintain an office in the New York City Trump Tower, a fee paid to the Trump family each month. Considered a necessity when Trump and the First Lady spent a large amount of their time there, it only made sense for the protective service to maintain space in the President’s golden hotel.

Now, though, it appears that a dispute over the lease is causing the Trump business to give the government organization the boot.

According to the Washington Post, sources close to the conflict say that the secret service are currently in search of alternative locations for the organization’s New York command center after the Trump organization ordered them out.

The trouble began back in July when the Secret Service was forced to leave their office located just below the President’s apartment and move into a trailer on the sidewalk of the Trump property – it appears Trump didn’t give the organization tasked with protecting the lives of himself and his family enough time to make better arrangements.

“After much consideration, it was mutually determined that it would be more cost effective and logistically practical for the Secret Service to lease space elsewhere.”

The familiar phrase ‘don’t bite the hand that feeds you’ comes to mind, and in this case, a strained relationship with the Secret Service could put the President’s very life in jeopardy.