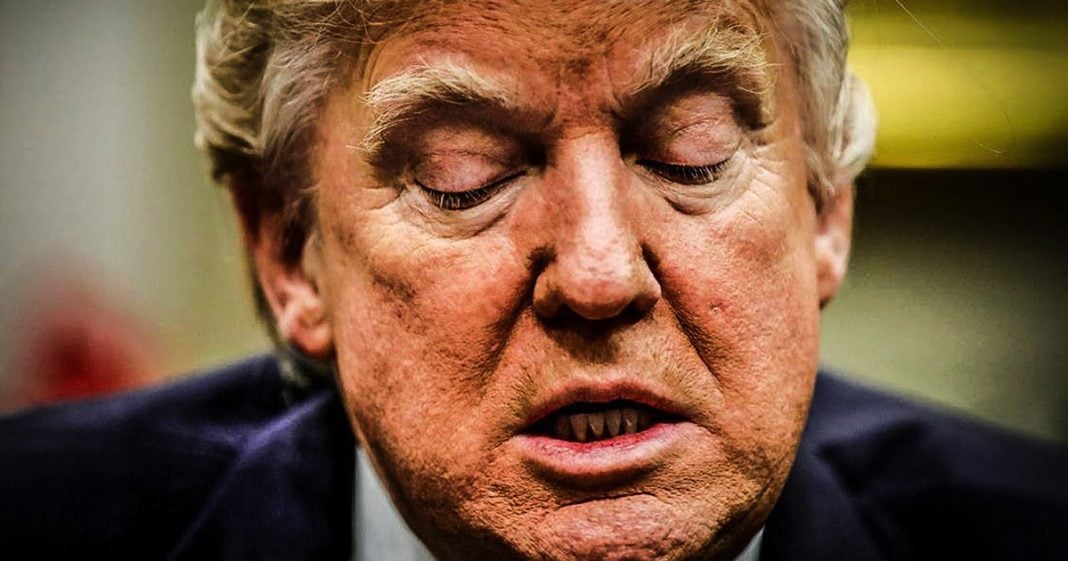 Trump has been whining constantly in recent weeks about changing the rules of the Senate to prevent Democrats from blocking Republican legislation. But he should have realized that when you pick on the Senate, they’ll fight back. Senators have voted to hold short sessions every 3 business days during their August recess in order to prevent the President from making any recess appointments while they’re gone, effectively making Trump a lame duck for the next month. Ring of Fire’s Farron Cousins discusses this.

While earlier in the summer, the Senate had said that they were going to postpone their August recess by two weeks, they’ve now decided the hell with it, they’re going to wrap everything up, let everybody go home, take your vacation, but before they all vacated that building in Washington, DC, they decided to go ahead and have one other little vote, little agreement, between Republicans and Democrats. The agreement was this; while they are at recess, they are going to hold a series of proforma sessions, which will typically last about one minute each, and they’re going to be held every three business days. The reason for this and in order to get that, they had to get the agreement of every single senator. The reason they’re doing this is so that Donald Trump cannot issue a single recess appointment while the Senate is not in session.

Here’s how it works; the Senate, if they go to recess for more than three days, the president has the authority to issue a recess appointment, be it to a court, be it a member of his cabinet, whatever, but if the Senate is in recess for more than three days, he can make that appointment and completely skirt any kind of Senate approval for that person. They get the job without ever having to be voted on, without ever having to be vetted, and the Senate, Republicans and Democrats, actually worked together to do something good, decided they weren’t going to let Donald Trump have that power.

While Donald Trump may be in New Jersey at the moment, he doesn’t have to be in the White House in order to make those appointments. Specifically what they were concerned about is that he was going to fire Jeff Sessions, appoint a new US Attorney General without Senate approval, and they’re worried that it’s going to be somebody that would put an end to this Bob Mueller special prosecutor investigation. They’re all trying to stop it, so for once, we can actually congratulate the Senate, not just for doing something together, but for doing something good together. Now, that’s rare. We have not seen the Senate come together, Republicans and Democrats and Independents, to do something for the benefit of this country in longer than I can remember.

You know what? Enjoy your August recess. We’ll see you after Labor Day. Of course, it’s a little unfair because most Americans don’t even get to take vacation time, but you don’t care about that, but at least you did one good thing and you are preventing Donald Trump from issuing any recess appointments so that he will not inflict any further damage on the United States while the rest of you are off on vacation. Kudos to you, Senate, you finally did something right.