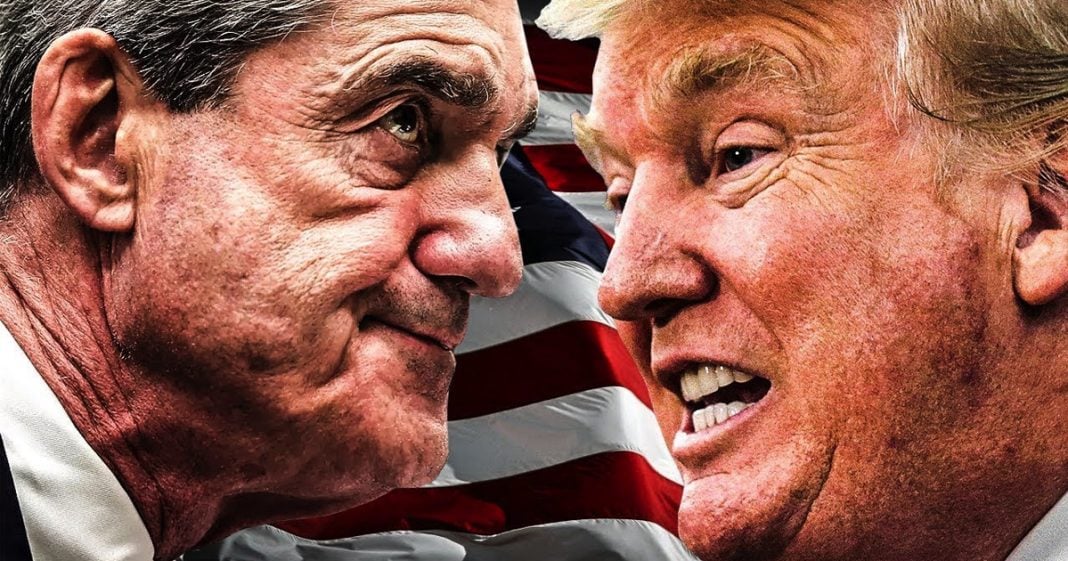 According to a Reuters report, subpoenas from a newly-convened grand jury could be on the way related to Donald Trump, Jr.’s meeting with a Russian lawyer in June 2016. The creation of the grand jury is a strong indication that evidence is piling up against the Trump administration, and indictments could be handed down within a month. Ring of Fire’s Farron Cousins discusses this.

The latest news coming out of Washington DC is that special counsel, Robert Muller, has officially convened a grand jury to look at Russian interference into the vote of 2016 and the presidential election, as well as the meeting between Donald Trump Junior, and a Russian lawyer and a former Russian intelligence agent and whoever else was in the room at the time. A lot of people have questions as to what this actually means. I will do my best to explain it.

This grand jury is not going to issue any kind of official charges, I would say, against anyone involved. They can, however, hand down an indictment, which means there is sufficient evidence to charge someone with a crime at which case it would then be charged, filed, and head over to impeachment, trial, wherever the person corresponding with the charges would need to be sent.

What it does mean is that Robert Muller has sufficient enough evidence to go before a grand jury and try and secure an indictment and that is a major step in this investigation. Grand juries typically last on the federal level a couple of months, maybe. At the lower level about a month. We’re probably one to two months away from getting some kind of real action on this entire Trump administration scandal that’s been going on for over a year apparently.

If he comes back with an indictment that is when we’re going to start seeing the real action. But there’s another thing, even without an indictment, when you testify before a grand jury, if you’re subpoenaed, which sources say that subpoenas are on the way, you testify under oath and you do not get a defense up there to counter what the prosector says or asks of you. It is just a prosecutor, a grand jury, and a judge and a witness. That is very important because the person is under oath. If you lie to a grand jury you get charged with perjury. That is what is so important here.

Robert Muller understands this. He waited a very long time according to sources. A lot of people have said, a lot of legal experts, that usually you would see a grand jury convened a lot earlier than this, but the fact that he waited so long shows that Muller was trying to be as meticulous as possible and only use a grand jury if he absolutely saw a need for it. Clearly he has.

Hopefully within the next month or two we’ll start seeing some indictments handed down, but more importantly we should be seeing subpoenas, hopefully within the next week or two for members of the Trump administration, and that includes Donald Trump Junior himself who will be forced to testify in the open. They cannot decline to testify. They have to go forward, say what they know under oath or risk going to jail for perjury. This is a major step in this investigation and hopefully it’s one of the final steps that we need to get Donald Trump and his entire little gang of horrible people out of the White House.