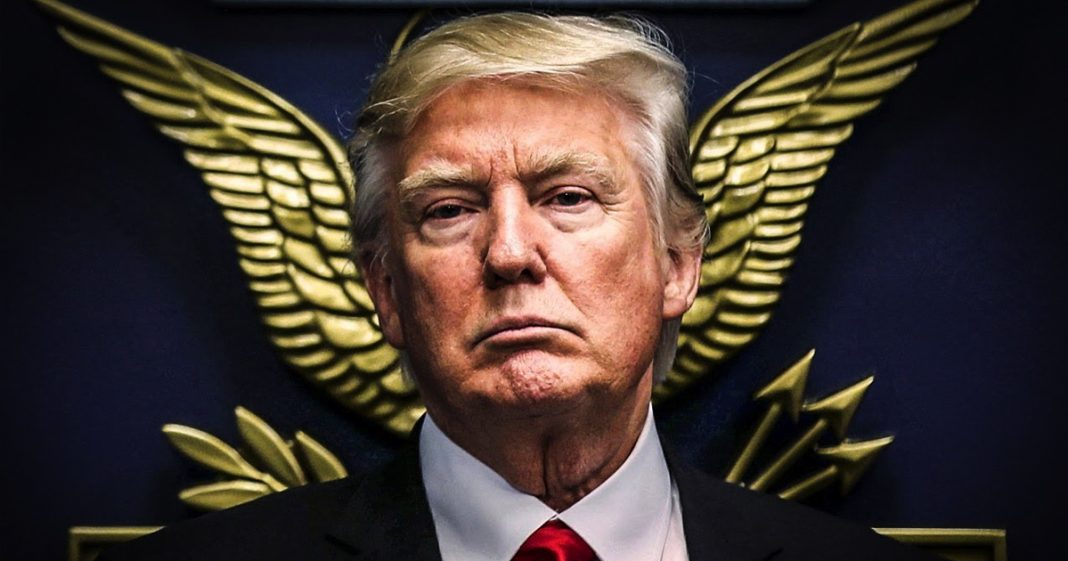 Taxpayers have been on the hook for the Secret Service’s offices at Trump Tower since the President took office, and Trump himself got to pocket that money. But after leasing disputes, the Secret Service couldn’t come to an agreement with the President’s own company, so they moved out of the tower and into a trailer on the street outside. Ring of Fire’s Farron Cousins discusses this.

The reason for this move, that actually happened a week or two ago, is because there was a, quote, “Leasing dispute” Between the Secret Service, the federal government and Donald Trump’s own business. Now keep in mind, this is not the military who’s leasing the space in there from someone else not involved with the Trump business.

This is the Secret Service who was leasing space directly from Donald Trump’s own business, which means the money paid for that lease went directly back into Donald Trump’s pocket. That was taxpayer money, by the way.

But they couldn’t come to an agreement, so his spokesperson for the Trump Administration says, “Look, we find this to be more cost-effective. Having the Secret Service basically live in a trailer outside of Trump Tower, than having them live inside.”

Now, they didn’t specifically explain the details of this, “Leasing dispute.” But, the fact that they said it’s going to be more fiscally responsible to have them living on the street, means that Donald Trump wanted to charge them more money, more of our taxpayer money, that would go directly into his pocket, in order to live in his building to protect him and his family.

Donald Trump literally put money and profits over the safety of his wife and children. Because remember, he’s got an 11-year old son. Now, they might not live in Trump Tower at the moment and Donald Trump has not been there since Inauguration Day. But, they can still go back any time they want.

Melania and Barron will likely go back there, at least for visits and vacations and whatnot. Trump thinks that their security is less important … Than getting more money from leasing that area. Instead, the Secret Service will be stationed outside and they said maybe, if they can, they’ll have people stationed throughout the building, if the President or his family actually come there.

But, it’s still not the same as having them all together, convened in an office right below the Trump penthouse. Do you see how disgusting this story is? Donald Trump wanted to price-gouge his own Secret Service, at the expense of the U.S. taxpayers, at the expense of his family’s safety. Just so that he could make a few more dollars.

That’s the kind of human being that we’re dealing with, folks. That’s the kind of human being that people country thought, “Yeah, he’d make a good president. He has my best interests at heart.” He doesn’t even have the best interests of his own family at heart. So, what makes you think there, out there average voter for Donald Trump, that he gives a damn about what happens to you?