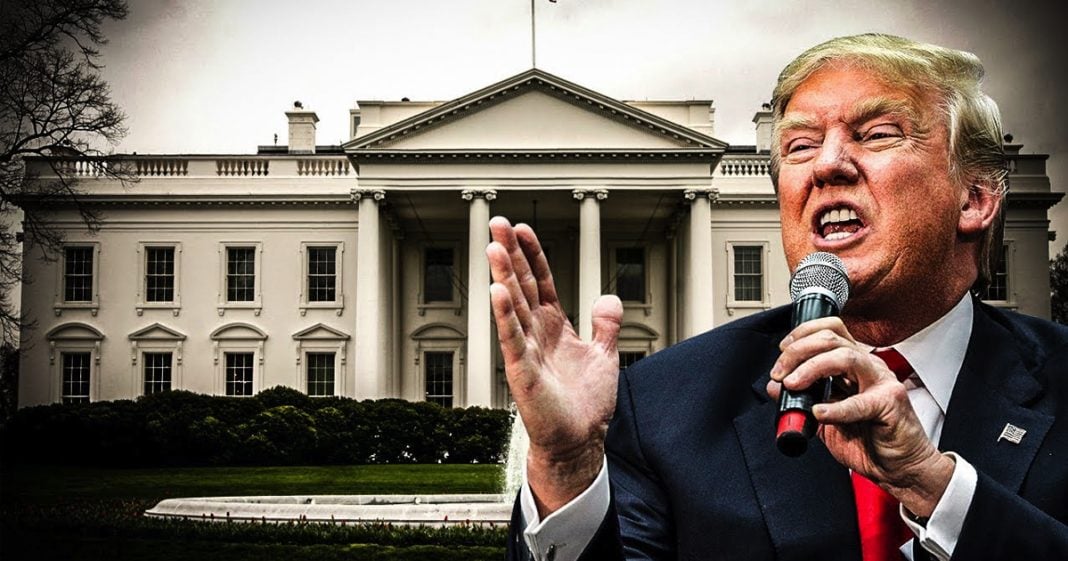 After an article on Tuesday claimed that the President called the White House “a real dump”, Donald Trump fired back at Golf.com saying that it wasn’t true and that the outlet was “Fake News.” But the reporter who published the story says that at least 8 or 9 other people on the golf course that day heard the president make that remark, showing once again that Trump has no shame when it comes to lying to the public. Ring of Fire’s Farron Cousins discusses this.

After the two big lies from earlier in the week where Donald Trump said he got a call from the Boy Scouts but actually didn’t, then he said he got a call from the Mexican president but he actually didn’t, a third major lie has emerged from Donald Trump this week. On Tuesday, it was reported on golf.com that Donald Trump called the White House a real dump. Donald Trump immediately lashed out and said, “I never said that. This is totally untrue,” and it is quote, “fake news.” Golf.com now suddenly is fake news according to Donald Trump. However, the reporter of that story was not going to sit by and just let Donald Trump trash his organization, trash his employer and say that he is a liar, so he has come out and said that at least eight or nine other people who are more than willing to come out publicly also heard Donald Trump call the White House a real dump.

Now, let me give Donald Trump a little history here. Now, not every US president has lived in the White House. Some served before it was built, others there were issues with it and they had to move out for a short amount of time, but it’s safe to say that that White House has housed some of the greatest men in American history. It’s also played host to many great men, and women, and children throughout its history here in the United States. It is a national landmark. The best and brightest from all over the world have come through those doors for visits, for functions, for events, for meetings, and Donald Trump, the man who likes to deck out his own properties in gaudy gold thinks that the White House is a real dump.

The only reason the White House could be a real dump today is because Donald Trump himself is a piece of crap, and maybe that’s what he was referring to. But it also goes a little bit further. We clearly have a journalist here who heard Donald Trump say this, has many witnesses who also heard this, but Donald Trump lies so easily that he saw nothing wrong with coming out and saying, “That didn’t happen. You’re fake news.” I mean, that is Donald Trump’s standard response to anything these days. That didn’t happen. You’re fake news. That’s all he has. That is the only talking point that this man has etched into his brain, and he says it anytime someone says something that people construe as unflattering against the president himself, because again, the only thing Donald Trump is worried about at the moment is his own ego and the way the public perceives him.

If they think he’s insulting this great institution, or actually I guess I should say once great institution in Washington, DC, then they may not like him because he understands people actually respect the White House. They respect its history. They respect its role. At least they did before he came along, and so he doesn’t want anybody to think less of him, so he lashes out at golf.com calling them fake news just because he doesn’t like what they have to say.