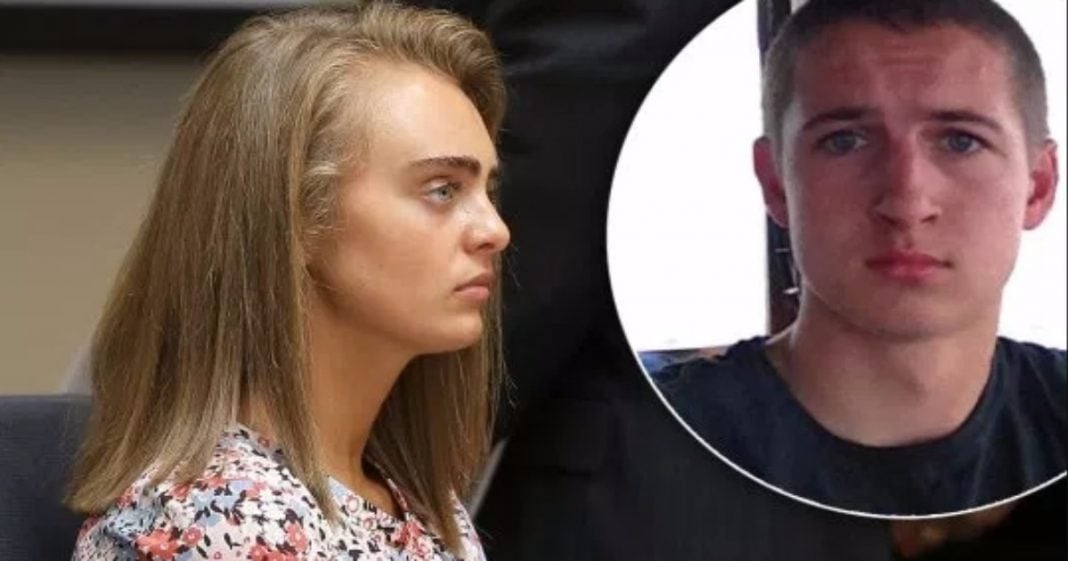 The woman who was convicted of involuntary manslaughter in connection with her then-boyfriend’s suicide has been sentenced and will serve 2.5 years in prison.

20-year-old Michelle Carter will serve two and a half years for her instrumental role in the death of Conrad Roy III, a significant reduction of her possible sentence of 20 years.

Carter played a significant role in the death of Roy, her teen boyfriend who committed suicide at her urging and repeated demands via text message. Investigators discovered that Carter was motivated to force Roy into suicide due to a quest for attention from friends and family.

The district attorney recommended a sentence of seven to 12 years for Carter’s “campaign … for her own personal gain and quest for attention.”

Carter’s sentence was significantly reduced because there still remains questions about her mental health and competency. One of the conditions of her sentencing is that she immediately be subject to a mental health evaluation.

After issuing the sentence, the judge presiding over the case declared that Carter would not serve jail time until the appeals process for the case could be carried out. This means that she will continue to roam free until she has exhausted her legal options.

The case has been closely watched as a possible avenue for the creation of laws to punish those who might pressure another person into suicide. Currently, there are no laws on the books for the issue.