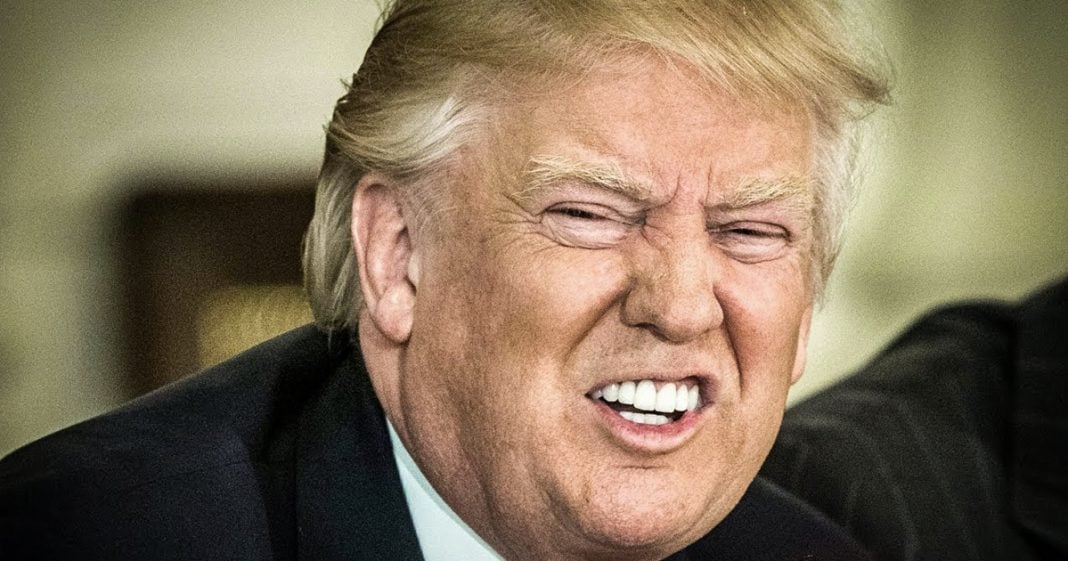 The latest round of polling, including the polls that Donald Trump doesn’t call “fake news,” show that Donald Trump’s approval rating has hit a new low of only 33%. But rather than doing anything to fix his image problem, he’s decided his best course of action is to take a 17-day vacation at his club in New Jersey. Trump has spent one out of every three days at a Trump-branded property, but I guess even that isn’t enough for the Golfer-in-Chief. Ring of Fire’s Farron Cousins discusses this.

Well, instead of trying to work on policy. Instead of doing any kind of public outreach. Instead of fixing the mess that is his own administration, he is going to go on a 17 day vacation to New Jersey at one of his Trump owned properties. Since he became president, Donald Trump has spent one of out of every three days at a Trump branded property.

He’s spent more than 40 days, I believe the count at this point is 42 or 43 days playing golf at a Trump-owned property. Donald Trump is embarking on a 17 day vacation when this man goes on vacation every single weekend. There’s been fewer than four weeks since he’s been president that he hasn’t flown off to one of his own properties. This man is doing nothing but taking constant breaks and constant vacations and that’s ironic because that’s literally one of the reasons why he has a 33% approval rating, because people see him as a president who’s not doing a damn thing about the actual country.

Donald Trump’s presidency since day one has been an absolute failure. This man has no accomplishments to speak of. He has no plans. He has nobody around him with a brain that has any idea on how to handle the situation with North Korea, testing their missiles. Lindsey Graham admitted earlier this week that Donald Trump is seriously considering throwing a few missiles back at North Korea at this point, which he could not technically do without congressional approval, as congressional Democrats constantly remind him on Twitter.

But Donald Trump is a dangerous person. And this 33% approval rating is actually not that good of news, because one of the last times his approval ratings fell this fall, we saw him send a truckload of missiles over to the Middle East. We could be looking at a situation like that again, considering the escalation that’s happening with North Korea and last time Donald Trump bombed another country, he saw his approval rating start to tick back up. The corporate media started calling him more presidential, saying, “This is the Trump we’ve been waiting for.”

So you can bet any time a president sees their approval ratings go this low, the thing that starts around in their empty little head is who can I bomb to make those approval ratings go back up? I can promise you Donald Trump is thinking about that right now.