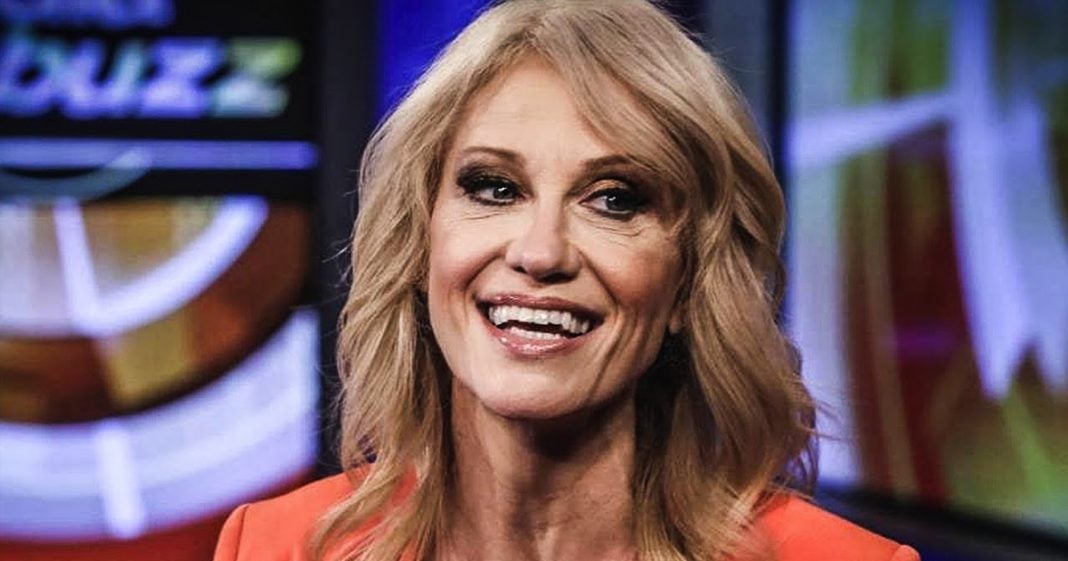 Rumors are swirling that White House counselor Kellyanne Conway might be up for Anthony Scaramucci’s recently-vacated position as White House Communications Director. And she would be a perfect fit – she’s loyal, she has no morals, and she seems to love being on camera. Not to mention the endless late night talk show material that she would provide during her tenure. Ring of Fire’s Farron Cousins discusses this.

When Anthony Scaramucci was announced as the new White House Communications Director and then once he started getting out there in the media, being a complete nut job and saying horrible, offensive, sexually disgusting things, a lot of people thought, wow, it really can’t get much worse than this. But in the wake of Scaramucci’s firing, one name has started buzzing around as a potential replacement for Anthony Scaramucci, and that person’s name is Kellyanne Conway. According to several news sources, including right wing news sources who claim that they’ve spoken to people within the administration, including the Daily Caller for one, Kellyanne Conway’s name is one that’s being floated around as maybe the next Communications Director for the White House.

And to be honest, Kellyanne Conway is probably a great pick for Donald Trump. She is loyal to a fault, she has no problem going out there and creating what she calls alternative facts, she has no problem creating phony terrorist attacks that didn’t happen, and she clearly loves being in front of the camera. But more importantly, she is a great distraction. If you put her out there, as more of the public face, as the Communications Director, all the attention focuses on her, allowing Donald Trump to go and do whatever the hell he wants to do. And the public unfortunately, will be left in the dark about many things that happen within the administration because again, Kellyanne Conway has a real problem with telling the truth about things, so we’re going to be left not knowing what’s actually happening in this country, but it would be a great diversion tactic for Donald Trump.

Now personally, I don’t think Kellyanne Conway would get this job, I think Trump is very happy with her in her current position. My guess, if he could convince him to leave his Fox News show, is that Sean Hannity is probably the person that they at least want to take that position, but again, he’s got a multi-million dollar yearly contract with Fox, it’s going to take a lot to pull him out of that cozy little job. But he is a guy who unfortunately has some pretty decent influence in this country, and would make for a good addition to team Trump.