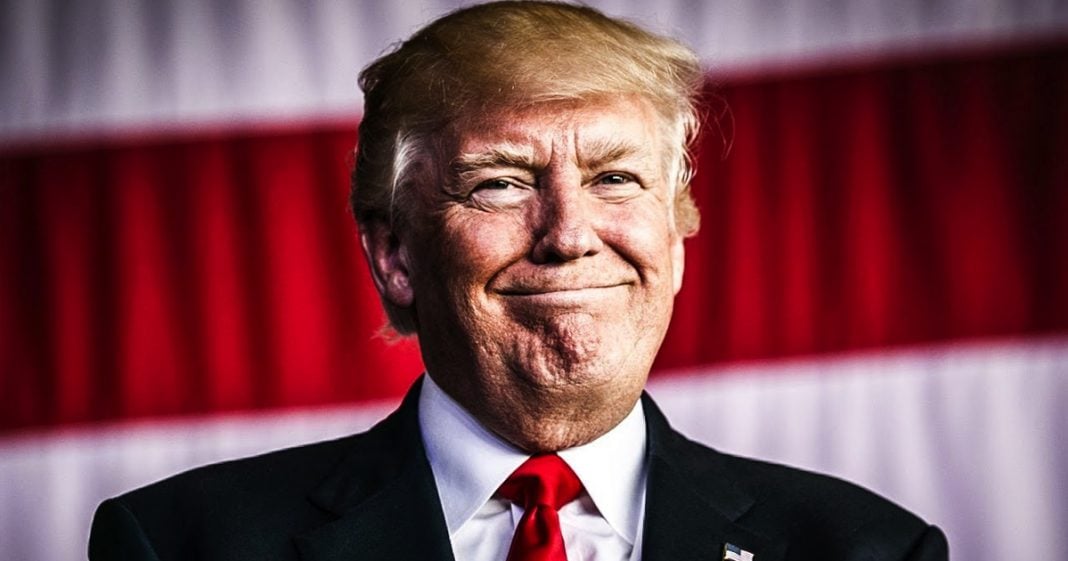 According to an internal memo at the Department of Justice, the agency led by Jeff Sessions is wanting to go after colleges because the Trump administration believes that they are discriminating against white people. This is a ruse by Trump and Sessions to do away with affirmative action programs, which have actually helped to create racially diverse college campuses and give minorities a boost in a country that clearly favors white people. Ring of Fire’s Farron Cousins discusses this.

While Donald Trump and Jeff Sessions may not be getting along, at least as far as the public knows, there is one thing that the two of them, I guess, kind of agree on. That is that somehow American colleges are discriminating against white people. That is why, according to a new memo, within the Department of Justice, they’re going to start cracking down on colleges, start investigating them and possibly even suing them for their alleged discrimination against white people.

Jeff Sessions, as well all know, has a very storied history of making racist remarks, of representing racist people and defending them, and thinking that there’s nothing wrong with their world view. And basically for, himself, being pretty much a racist. It’s no surprise that he would go after this, but what they’re actually doing, on the surface they’re saying that they’re discriminating against white people. What they’re trying to do behind the scenes is get rid of programs like Affirmative Action. That has been a Republican goal for several decades. They hate the program, they hate what it does. They always claim that it’s racism against white people, when in reality Affirmative Action has helped to create racial diversity, not just in colleges, and on campus, but all throughout this country in areas where minorities would not otherwise have a chance, even though they were qualified. You know why? Because there’s too many people like Jeff Sessions calling the shots for some of these college admission boards, or some of these corporations that refuse to hire people, based on the color of their skin.

There are too many Jeff Sessions out there, and that’s why we still have to have some kind of Affirmative Action program. People get discriminated against when they fill out job applications, even though, if the person’s never seen them, based on their name. They think they say an odd name and assume it’s a minority, don’t give them the job, don’t give them a call back. Study after study has shown that that happens all too often, especially with regards to college admission boards.

Jeff Sessions wants to do away with this. Donald Trump is perfectly fine with doing away with this, because they want white people in this country to have even more privilege, on top of everything else that we already have. They want to stomp down the people that have already been stomped down for centuries in this country, just because they’re afraid that their whiteness doesn’t go as far as it used to. They’re also trying to play to the very racist base of the Alt Right, by showing them, “Look, I know you’re worried about your white identity disappearing.” Because that is a major part of the white nationalist movement, and the Alt Right. We’re going to make sure that we “level the playing field”, so you white people don’t have to worry about losing your identity as who you are.

That is exactly what we expected of Jeff Sessions, as Attorney General. That is why a lot of democrats and most of the public spoke out against him. This is exactly what we knew would happen when a man like that got the votes, and got installed as our Attorney General. This is just the tip of the iceberg. The longer Jeff Sessions stays in office the more of these disgusting policies that we’re likely to see come out of that office.