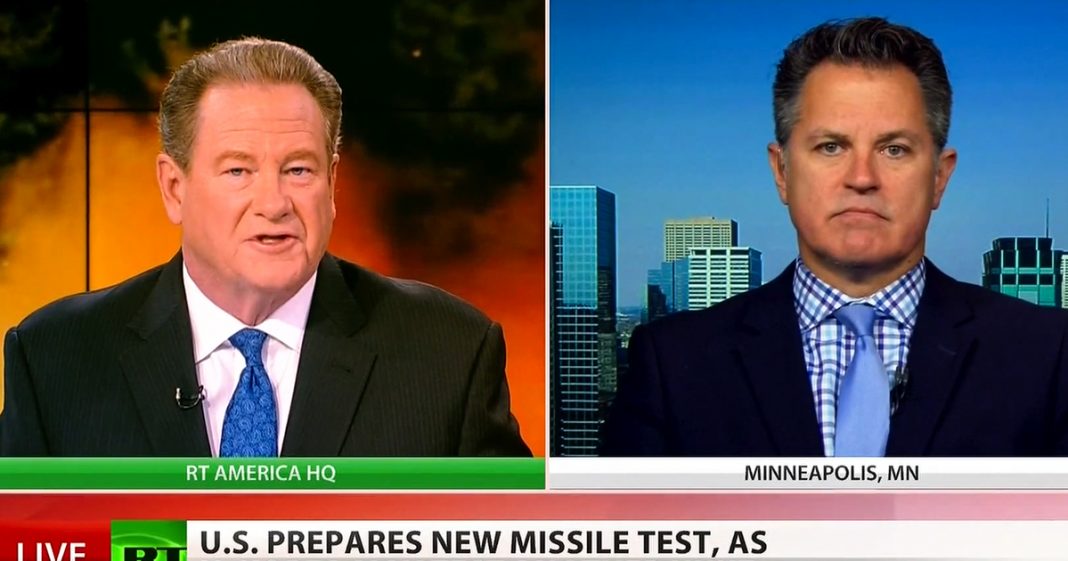 The Pentagon is reporting highly unusual activity near the coast of North Korea, where it detected an ejection test from a North Korean submarine. RT America’s Manila Chan reports on the mounting threat from North Korea and the US reaction. Then Jack Rice, former CIA agent, joins to offer his perspective on the US response and the potential outcomes of a second Korean war.

Trump Is Now Sacrificing Children In Order To Kickstart The Economy