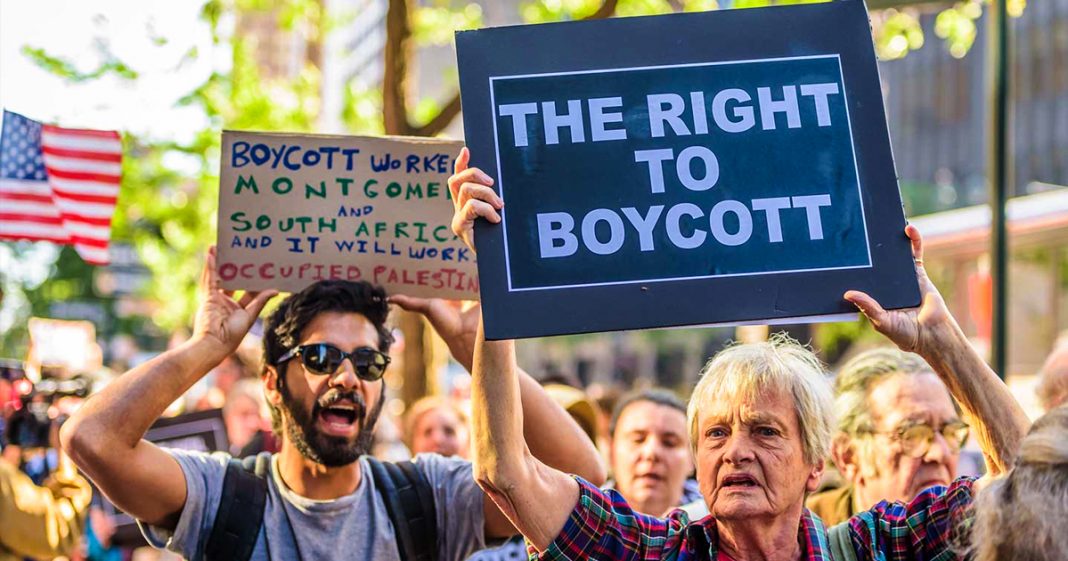 Congress could be dangerously close to putting free speech—particularly political activist speech—on the chopping block. A bill—designed by AIPAC—would levy anywhere up to $1 million in fines and prison time for Americans who boycott Israel. While Congress has decided to temper its enthusiasm and carefully consider the implications of this bill, there’s no denying that this is a piece of legislation that could be a slippery slope to denying first amendment rights to political activists of any stripe.