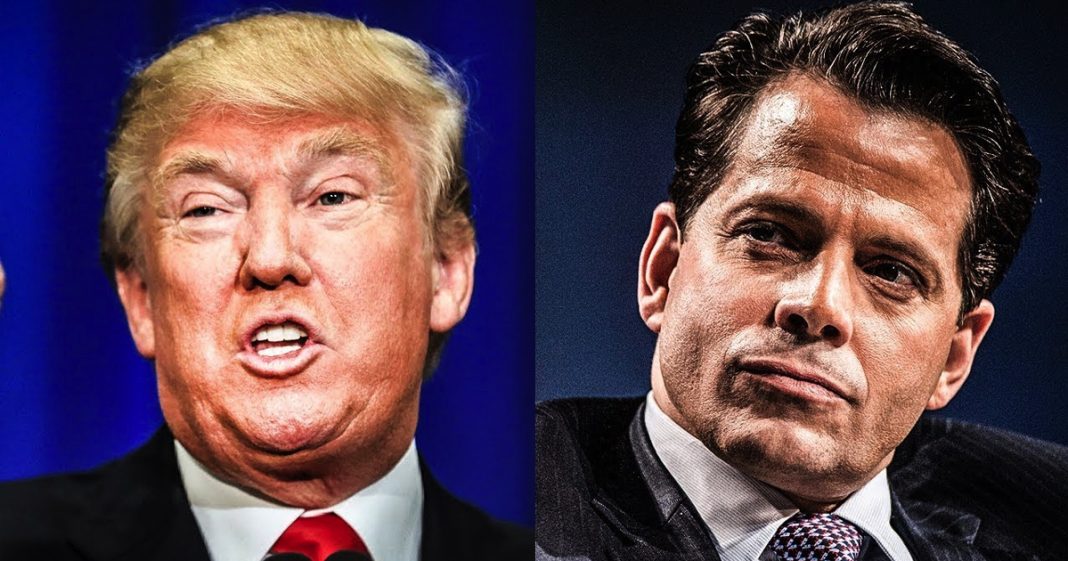 President Trump obviously doesn’t understand the meaning of the word “great,” as evidenced by both his campaign slogan and his decision to Tweet that the White House was having a “great day” shortly after firing Anthony Scaramucci as communications director. Scaramucci served for about 10 days before getting canned, and things are certainly not “great” at the White House. Ring of Fire’s Farron Cousins discusses this.

As I’m sure most people are already aware, on Monday, very abruptly, Anthony Scaramucci was released as the White House Communications Director, after only serving for 10 days. Reports show that he was actually escorted off of the White House property, they wanted him gone as quickly as possible, so they personally walked him out and said, “Thank you for your 10 days of service.”

Later on in the evening though, Scaramucci was spotted at Trump Hotel, dining at BLT Prime, with Katrina Pierson who runs a Trump PAC, supposedly, I guess, talking about his future, her future, whatever the hell’s going to happen to this guy. But one of the more interesting developments of the day, not just Scaramucci being fired, but the fact that shortly after that, Donald Trump tweeted out that, “It’s a great day at the White House.” Now, I have come to the realization that Donald Trump, President of the United States does not understand what the word great actually means, and to be honest that explains a lot. Like his campaign slogan, Make America Great Again.

If you don’t understand the meaning of the word great, then you might actually think that, that is what Donald Trump is doing. When you look at the fact that he had to fire his Communications Director after 10 days, and then he says he’s having a great day. Yeah, if you don’t know the definition of that word, I’m sure it probably does seem like a great day to you. But what’s happening is that the Trump administration is absolutely falling apart. Yesterday we got even more damning news on the ongoing Russian collusion investigation, Rex Tillerson, just a few days ago, abruptly went on vacation, because he was unhappy with the way Donald Trump was treating Jeff Sessions on Twitter. Republicans are trying to distance themselves from Donald Trump, he’s personally attacking them on Twitter, the whole thing is just utter, absolute chaos, and yet Donald Trump wants to say that the White House had a great day.

You can’t even find enough people to fill the positions within your administration, and the few you do find, you’re pushing away. Yes, Scaramucci was horrible, trust me, but the fact that you only kept him for 10 days speaks more to your administration than it does to his character. Previously the record time a Communications Director had been fired, was 11 days, when Reagan fired his guy after finding out he was basically a Neo-Nazi.