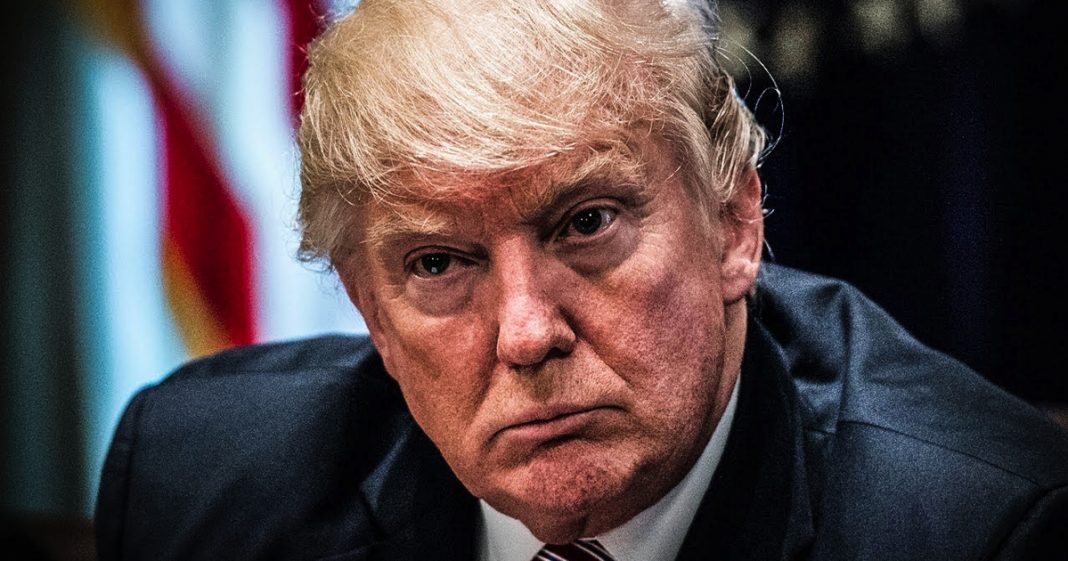 According to a new report from The Washington Post, Donald Trump was the person who told Donald Trump Jr. to say that his meeting last summer with a Russian lawyer was about adoption, and not about getting damaging info on Hillary Clinton and the DNC. Trump Jr.’s emails proved this talking point to be false, but the President told his son to stick with this story anyway. Ring of Fire’s Farron Cousins discusses this.

In the midst of all the Anthony Scaramucci tweeting and reporting, a major story last night broke by the Washington Post that few actually paid attention to until Tuesday morning. That story just happened to be the fact that it has now been revealed that Donald Trump himself, President of the United States, is the one who personally dictated Donald Trump Jr.’s response to a New York Times request for a response regarding Trump Jr.’s June 2016 meeting with a Russian lawyer, a former member of Russian intelligence, and whoever the hell else was in that room at the time because we still don’t have all the names of everyone that was at this meeting.

According to the report, it was Donald Trump himself who dictated to [Hopix 00:00:48] that the meeting was all about adoption, adoption policy, things like that. It wasn’t campaign related in any way. We were trying to talk about finding homes for orphan children I guess. Reality though says otherwise because before Donald Trump even dictated this response, Trump Jr. had released his own emails showing that he was absolutely giddy over the thought of meeting with this woman, this Russian lawyer, in the hopes of getting damaging information about Hillary Clinton and the DNC. Donald Trump Jr.’s own emails admit that and yet Donald Trump still decided to speak on his son’s behalf, lie, make that statement, and then have his son use that statement to the New York Times. That is what we have found out has happened.

Again, this story got a little buried underneath all of the Anthony Scaramucci stories, but this is the big one. This shows that Donald Trump is actively involved in some kind of cover up with whatever happened. Obviously, still waiting for the results of the official special investigation that’s taking place, but things are starting to look really bad. Things are starting to connect directly to Donald Trump.

While issuing this statement, he wasn’t under oath. It’s obviously not an impeachable offense by any means, but it does show how concerned he is that he is directing his own children to lie. Not even just to lie, to lie in a way that is easily verifiably false based on the information, the evidence, that your own son had already released to the public. We knew that this statement was false as soon as it came out, but now we know that it wasn’t coming from Trump Jr. It was coming from Donald Trump Sr., the 45th President of the United States. He is actively involved in this cover up at this point. Again, technically not a crime, lying to a newspaper, but if he’s willing to do that, what else has he lied about? What else is he trying to cover up? Those are questions that only Bob Muller, the special prosecutor, is going to be able to answer. For the sake of this country, let’s hope that we get the answers to those questions fairly quickly so that we can move on from this ordeal and hopefully get Donald Trump out of office.