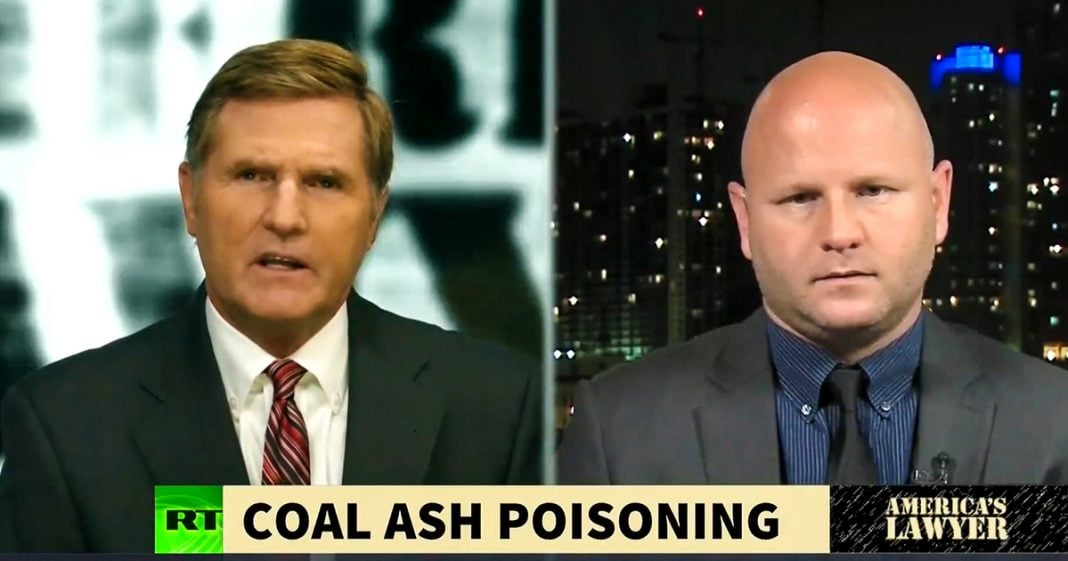 Via America’s Lawyer: Mike Papantonio is joined by Farron Cousins, Executive Editor of The Trial Lawyer Magazine, to talk about the environmental groups suing Kentucky Utilities for documented pollution from a Central Kentucky coal-fired power plant.

Mike Papantonio: Environmental groups are taking Kentucky Utilities to court after years of documenting coal ash pollution from a central Kentucky coal-fire power plant. They say coal ash from the plant has polluted Herrington Lake, poisoning its fish. Joining me now to talk about this story is Farron Cousins. He’s executive director, executive editor for The Trial Lawyer magazine. Farron, what is the Kentucky Utilities being charged with in this lawsuit, and who’s leading that charge?

Farron Cousins: Well, leading the charge is an attorney from Earthjustice who’s representing the, excuse me, Kentucky Waterway Alliance and the Sierra Club, and they’re charging that Kentucky Utilities has been illegally exceeding the amount of coal ash that they’re allowed, unfortunately, to dump into the Herrington Lake, and again, that to me is one of the most disgusting parts. The Kentucky Utilities is absolutely allowed to dump a certain amount of this toxic coal ash into Herrington Lake, but apparently that was not good enough for the company, and they have been illegally discharging their coal ash into this lake, leading to issues of selenium being found in the wildlife. It’s disrupting the ecosystem there, and this is a very vital manmade lake for the area. People live along it. They boat on it. They play in this water. They fish in this water. They eat the fish, and so the lawsuit is trying to get Kentucky Utilities to clean up this mess and pay the necessary fines from violating the Clean Water Act.

Mike Papantonio: Farron, what’s the evidence that this plant actually poisoned Herrington Lake, and how do they know the fish had been poisoned by that discharge?

Farron Cousins: Well, it rests basically on one key element, and that element is selenium. Selenium is a destructive element. It is a natural-occurring one that bodies need, but when it gets overloaded, that’s when it causes damage. Selenium is found in super high concentrations in coal ash, and so essentially what researchers have to do is follow the trail of selenium all the way back to those coal ash ponds created by Kentucky Utilities. They’ve run tests on the fish over the years, and 90% of fish that they have tested from this lake have shown abnormally high levels of selenium in their bodies. They’re also finding another chemical or element from coal ash, arsenic, is 98 times higher in this lake than the legal amounts, so they can follow the trail of toxic chemicals that are being found in the fish and in the water itself all the way back to Kentucky Utilities’ coal ash pond.

Mike Papantonio: People swim in the lake. They use the lake. You know, at some point people have to understand the only way to protect yourself from these types of corporations that engage in this type of conduct is just take them to court. Take your best shot and take them to court. That’s the only thing that changes the way they do business. You have to make them pay money, because unfortunately you can’t put them in prison for some of the awful things they do. Farron, thank you for joining me, okay?